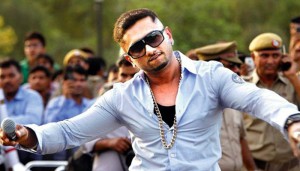 CHANDIGRAH: To woo youth voters in the state, Haryana’s main opposition INLD has roped in rapper Yo Yo Honey Singh for the upcoming assembly elections.Indian National Lok Dal, which is eyeing a comeback after a decade in the state, released a music video featuring Honey Singh here, exhorting youths to vote for the party

Karan Chautala, youth party leader and son of Abhay Singh Chautala, said earlier there were no plans of roping in the singer for the party.
“It wasn’t an idea as such, to rope in Honey Singh… He is very connected with Chaudhary Devi Lal ji’s ideology. So, he wanted to do something and I welcomed it. He is like a elder brother to me,” 22-year-old Karan said.
In the music video, the singer seeks votes for the party singing in Haryanvi language, “Yo-Yo gailay nachega, Tau ki maati ka yo gana charon or bajega, Yo Yo gailay tum bhi gao..”Ahead of the October 15 polls, INLD has also launched an aggressive advertising campaign to woo different sections of the society.