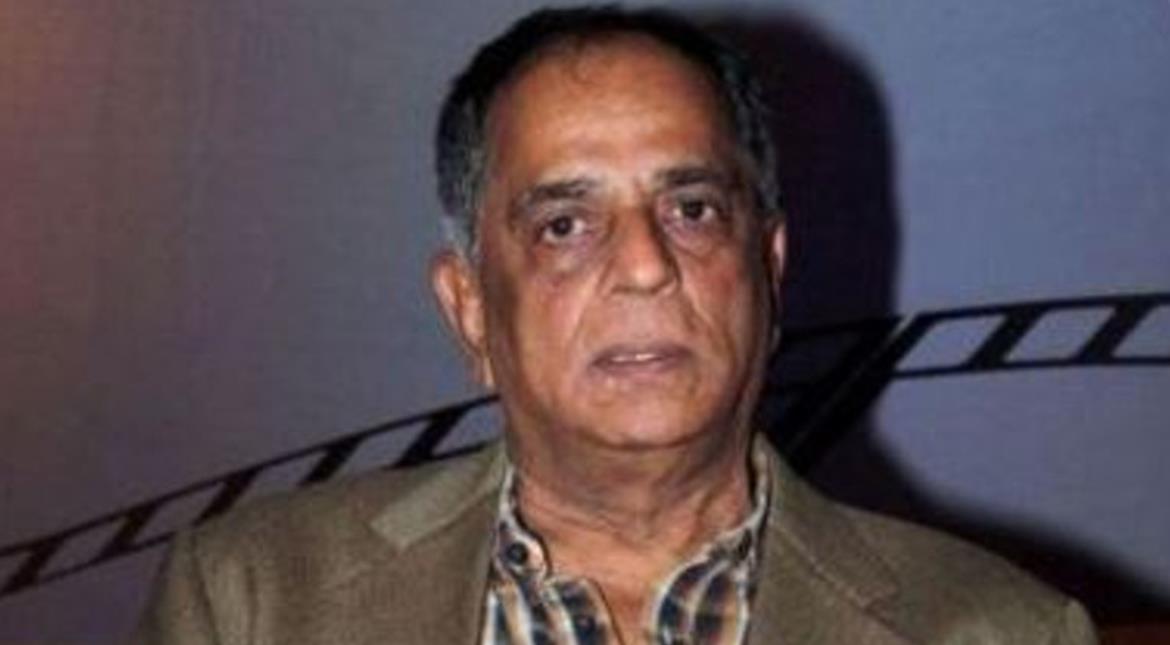 A source in the Information and Broadcasting ministry said Nihalani was asked to go a few months before his tenure ended because of the frequent complaints against him. Dubbed the ‘sanskari censor’ for the arbitrary cuts he ordered in many films, Nihalani had several run-ins, both with film directors and his colleagues. Many filmmakers had complained that Nihalani acted in a high-handed manner and infringed on their right to freedom of expression and creative pursuit.

His recent run in was with Lipstick Under My Burqa director Alankrita Srivastava, whose movie explores female sexuality, when he demanded cuts and termed the film “lady-oriented”.
Nihalani took over the CBFC chairman’s office in January 2015 and has been a subject of several controversies ever since. His three-year tenure was all set to end in January 2018.

Last year, he raised objections to several scenes in the movie ‘Udta Punjab’ that chronicled the drug menace in the state.  Nihalani also blocked Konkona Sensharma’s Lipstick Under My Burkha on grounds of the film being ‘lady-oriented’ and recently, he objected to the word ‘intercourse’ which was used in one of the mini trails of Shah Rukh Khan-Anushka Sharma starrer ‘Jab Harry Met Sejal’.

Nihalani, a known film producer, came up with an election campaign video for BJP’s prime ministerial candidate Narendra Modi titled ‘Har Har Modi’. Jan 17, 2015: Then-CBFC chief Leela Samson, along with nine other board members, resigned from the board following the controversy around Gurmeet Ram Rahim Singh’s movie Messenger Of God.
Jan 20, 2015: In one of his first interviews after becoming the CBFC chief, Nihalani said that he is a proud BJP man and Narendra Modi is his ‘action man’. Jan 24, 2015: Nihalani, in an interview with a leading daily, said that certain cuss words will not be tolerated in films. He suggested a list of words that shouldn’t be used without a solid context. Many filmmakers called it an attack on their freedom of expression.
Feb, 2015: A list of banned words started doing the rounds on the internet. The list had many contentious words, including “Bombay”, leaving the board red-faced. Feb, 2015: Nihalani targeted former censor board chief Sharmila Tagore for clearing Omkara in 2006. He said Tagore didn’t question the content of the film because it had her son Saif Ali Khan in the lead.

March 12, 2015: Censor board member Ashoke Pandit called Nihalani a ‘tyrant’ and accused him of giving illogical ‘diktats’. He talked at length about the cuts suggested in Hollywood film Fifty Shades Of Grey in a Facebook post. March 2015: Raj Amit Kumar was stopped from releasing his film Unfreedom, a film based on homosexual relationships, which led to widespread criticism from LGBT rights activists as well as film makers. “They told me that Hindus and Muslims will start fighting, and that the film will also ignite ‘unnatural passion’. I was aghast as my film is not provocative,” Raj Amit Kumar was quoted as saying.
October-November, 2015: Censor board trimmed down a kissing scene in the latest instalment of the James Bond franchise, Spectre, and said it was needed to keep up with the Indian ‘sanskars’. November 12, 2015: The audiences at theatre across the country are shocked when the Salman Khan-starrer Prem Ratan Dhan Payo is preceded by a video, Mera Desh Hai Mahaan, which praised PM Modi and showed some foreign locales as the symbol of India’s meteoric growth. The video left the BJP red-faced. Later, Nihalani said that it was a projection of India’s future.

November 17, 2015: Nihalani said that he is planning to make a film on the students of the Film and Television Institute of India, Pune, which will bring out their ant-national activities, sparking a row on social media. December 2015: When trailers of sex comedy films Mastizaade and Kyaa Kool Hain Hum 3 were released online, several people questioned the vulgarity in the videos.

Pahlaj Nihalani, however, told DNA, “We are in a catch-22 situation. Karo toh gaali, na karo toh gaali. When we were strict with the vulgarity quotient, we were called prudes. Sanskaari became a gaali. And to endorse obscenity was seen worthy of taali. So, we certified some films with scenes and dialogues that we would otherwise have never passed as they went against our guidelines.”

Dec 27, 2015: Central Minister Arun Jaitley hinted towards a possible change in the hierarchy of the Censor Board. Dec 30, 2015: The information and broadcasting ministry questioned the intent behind clearing the trailers of Kya Kool Hain Hum 3 and Mastizaade. Nihalani said it was done to shed the board’s ‘sanskari’ image.

Jan 2016: Awarded an ‘A’ certificate to Hansal Mehta’s film, Aligarh, for its themes of homosexuality. “Tell me, is the subject of homosexuality for kids? For teenagers?” he asked. June 2016: Refused to certify Nawazuddin Siddiqui’s Haraamkhor, a film that was released a year later. The film’s theme of an affair between a school teacher and his underage student was deemed ‘unacceptable’.