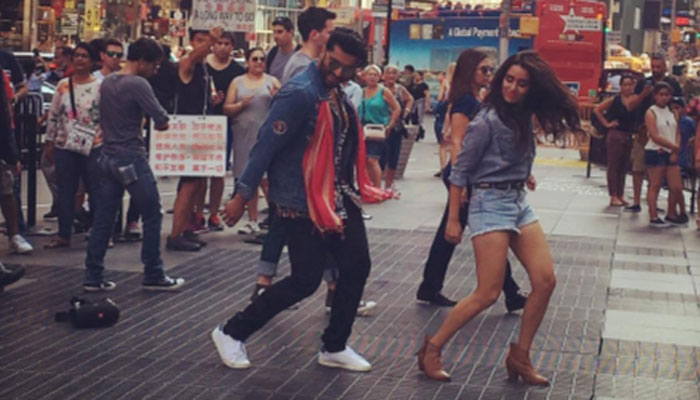 MUMBAI: Adapted from Chetan Bhagat’s novel by the same name, director Mohit Suri’s film “Half Girlfriend” is a half-baked and clichéd romance pot-boiler that does not raise the bar. Narrated in a non-linear and formulaic manner, the only endearing point in the film is the messages it passes on, ‘face your difficulties and defeat your obstacles,’ or in other words which simply translates to, tenacity always triumphs.
Unfortunately, the film lacks depth and passion in terms of its mounting. While the performances are noteworthy, it is the direction and the script department that fails to impress. The plot seems perfunctory and formulaic.
In this case, the tale pivots around Madhav Jha (Arjun Kapoor) the Prince of Simrao, Bihar. He goes to Delhi to study at St. Stephen’s College, an elite college, on a sports quota as he plays basketball. The issue here is, he cannot speak a single sentence in flawless English and finds it difficult to cultivate friends as apart from his English, his speech is soaked with heavy Bihari lingo.
A telephonic conversation with his mother reminds him that to stay anywhere, you need a reason and you need to find it yourself. Just then Madhav by happenstance sees a beautiful girl, Riya Somani (Shraddha Kapoor) playing basketball. This becomes his motive and raison d’etre for staying back in Delhi. What further ignites his keenness to befriend Riya is her faultless and fluent English.How he woos her to the very end forms the crux of the tale.
While on the face of it, the scenes seem to be astutely crafted, it is the lack of maturity in handling emotions that surface blatantly, especially in the scene when Riya’s parents are fighting in the background and she sings the song, “Stay a little longer with me baby, won’t you stay a little longer.”

Also, the characters are poorly etched making them one dimensional objects which makes it difficult to relate to them. Also the dubbing is an issue especially in the scenes between Madhav and his Bihari roommates. There are some straight faced guffaws by Madhav that make the film light and digestible.

The casting isn’t perfect, yet, Arjun Kapoor is brilliant as the slightly dim-witted, good hearted Bihari who speaks with an inconsistent accent. Shraddha Kapoor as his lady love delivers an equally spirited performance. But together their chemistry lacks intensity. This is evident in the smooching scene and the scenes that follow.
Apart from the duo, it is Vikrant Massey as Madhav’s roommate and well-wisher who makes his presence felt with a brilliant, razor-sharp performance. Seema Biswas as Madhav’s mother adds gravitas to her character but, it is Rhea Chakraborty and Anisa Butt who enhance the glamour factor. The songs in the film are hummable and the film, as expected, with excellent production values is all gloss and fluff but low on substance.zeenews.