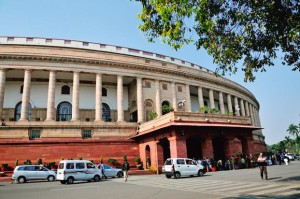 NEW DELHI: Government on Friday said it will bring a comprehensive law to criminalise marital rape by amending the IPC and was awaiting the Law Commission report on the issue.

“The issue of marital rape is very complicated and it is very difficult to explain and describe it. These are of such extreme private nature and no records of any consent are available.
The matter has been dealt in detail by a Parliamentary Committee as well as the Law Commission,” Minister of State for Home Affairs Kiran Rijiju said while replying to a debate on a private member bill. He said the Parliamentary Committee in its report has recommended the need for a comprehensive review of the criminal system of law.
“To move in peacemeal is not right. We have asked for comprehensive review and Law Commission also took up the matter. We are awaiting the report and we want it to come early,” the minister said.
Rijiju added that the Law Commission “is very much in sync with us and sentiments of this House” and the government is not opposed to to the idea mooted by member Avinash Pande of Congress in the private member bill — ‘The Indian Penal Code (Amendment) Bill, 2014’. He asked Pande to withdraw the bill who did it.

“We are waiting for the appropriate suggestions from the Law Commission of India, and, the Parliamentary Standing Committee Report also has been mentioned during my reply. So, it is the fittest thing for us to wait for the Committee Report,” he said. The Minister said there is a specific clause under Section 498A, which already deals with cruelty against women.
“It is a very specific provision and it is taking care of the problems being faced by the women, and we have expressed our concern also…. we should wait for the comprehensive report which we are waiting from the Law Commission of India.
“Once that report comes, we will definitely come back to the House and seek the support of the member and the entire House…. We are expecting that the report will come as soon as possible,” he said.

Deputy Chairman P J Kurien said, “If you think that rape by a husband is a crime, then, why should the government wait for the report? Rape is a crime, you accept it; whether it is a rape by a husband or any other person, it is equally a crime.
You are tending to say that. But then, in that case, why do you wait for the Report? That is the question.
” Rijiju said, on July 6 2010, then Home Minister in consultation with the Ministry of Law and Justice made a request to the Law Commission of India to examine and give a comprehensive report covering all aspects of the criminal law so that comprehensive amendments can be made in various laws, especially, in the Indian Penal Code, the Code of Criminal Procedure as well as the Indian Evidence Act.
“These three Acts are being dealt with by Home Ministry. So, we have asked for comprehensive suggestions,” he said. The Law Commission of India also took up the matter for study and examination on October 11, 2013.
Last year, he said, the Law Commission informed the Ministry of Home Affairs, that they have identified certain focus areas and formed sub-groups to deliberate on such areas, and, that the Commission is actively pursuing the issue and will finalize its views as early as possible.
“So, I feel that the Law Commission is in very much sync with the sense of the House and the sentiments being expressed by the members. We also want that the Law Commission should submit its report as early as possible. We have also communicated recently that the comprehensive suggestions may be submitted to us as soon as possible,” he said.
Participating in the debate, Husain Dalwai (Cong) said the bill seeks to criminalise the offence of marital rape by removing Exception (2) to Section 375 of the IPC Act which people say that this is against Indian family values.
“I think the House should be very generous in passing this law,” he pleaded.