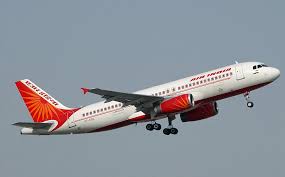 The deliberations follow recommendations by a government panel for the sale of the money-losing carrier that has nearly $8 billion in debt, the person said, asking not to be identified because the discussions are private. As for the rest of the flag carrier’s debt, the government has yet to decide whether to write off or reorganize it, the person said.

The process may include disposing of Air India’s real-estate and other non-core assets worth about $3 billion before the sale or hiving them off, the person said. Air India spokesman Dhananjay Kumar and a spokesman for PM Modi didn’t immediately respond to requests for comments.

Unprofitable for a decade with taxpayers bailing it out in the past six years, Air India’s appeal to any investor is contingent on the government’s ability to write off the debt not backed by assets. That is a political call PM Modi needs to take at a time when many of the nation’s state-run lenders have been seeking capital injection from taxpayer funds amid mounting bad loans.
“Air India is a good vehicle for an investor if the non-aircraft related debt is taken care of and the balance sheet is cleaned up seriously and completely,” said Kapil Kaul, South Asia CEO at Sydney-based CAPA Centre for Aviation. “This is going to be the fastest-growing market for several years.”

Niti Aayog, the government’s top policy planning body, has suggested options for the future of Air India and the government is open to all of them, Civil Aviation Minister Ashok Gajapathi Raju said May 30, declining to elaborate on what the options are. Air India isn’t sustainable with the current financial position, Niti Aayog Vice-Chairman Arvind Panagariya said in a Bloomberg event on May 26.

The carrier’s share in the local market has shrunk to 12.9 percent from 35 percent a decade back, placing it joint-third along with SpiceJet Ltd. The company made an operating profit of about 1 billion rupees in the year through March 2016, aided by a drop in oil prices. It still posted a net loss of 38.4 billion rupees, according to the government