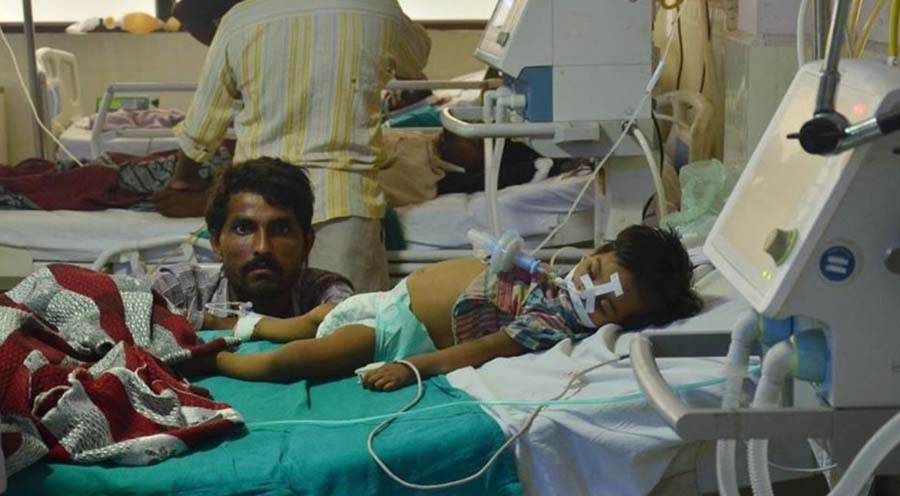 LUCKNOW : The Allahabad High Court on Friday directed the Uttar Pradesh government and the Director General of Medical Education to file a detailed counter affidavit within six weeks on a public interest litigation (PIL) petition on the death of children in a State-run hospital in Gorakhpur.The Lucknow Bench of the High Court fixed October 9 as the next date of hearing.

The Bench of justices Vikram Nath and Daya Shankar Tiwari passed the order after hearing petitioner Nutan Thakur, Advocate General Raghavendra Pratap Singh and Medical Education Counsel Sanjay Bhasin.
Mr. Singh opposed the petition, saying the government had taken every possible measure in the matter and shall take all possible action as per the report submitted by the Chief Secretary. Ms. Thakur contended that the government action so far gave a message that it was trying to hide facts and shield the guilty.
Till Thursday, the death toll in the BRD Hospital since August 7 was 71 due to various causes, including encephalitis. Some of the deaths were alleged to have been caused by shortage of oxygen, a claim dismissed by the government.