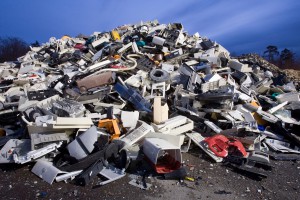 CHENNAI:The Chennai based Global Waste Recylers Ltd is embarking on an expansion and diversification plan to encash what it calls the “enormous opportunities available in this trade”.
“The capacity expansion and diversification involves capital investment in machinery, infrastructure, storage space as also working capital”, Mr Bharat Pujara, Managing Director, of the company told newsmen today.
The 52 year old company, which clocked revenue of Rs 43 crore in the 2013 -14 fiscal, is looking at revenues of around Rs 200 crore in the next few years, Pujara said. He said one of the options for funding their expansion plans the company was exploring the possibility of a public issue. 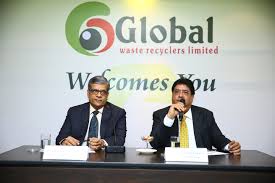 Asked when the IPO could hit the market, Mr Umesh Pujara , director in the company said the process had started and the company could come out with a public issue in a couple of months, but it was difficult to specify the time line exactly as a lot of procedures had to be gone through.
On their new plans, Mr Bharat Pujara said, the company was planning to set up two secure shredding plants in Tamil Nadu and one each in Bengaluru and Hyderabad. “We have finalised one of the sites for Tamil Nadu and another is being finalised. Sites in Bengaluru and Hyderabad haven’t been finalised yet”, he said. Mobile shredders were also being planned that could be moved to corporate houses where documents could be shredded in their presence for reasons of confidentiality and moved out later. Large volumes of waste paper shredding could be handled only at sites.

Mr Umesh Pujara, Director at Recyclers, said some of the challenges facing not just his company but the industry itself were inappropriate secondary storage, absence of a definite government policy on the waste paper industry and rules and regulations on waste paper management.
Mr Pujara said that his company had clocked 25% growth on a year on year basis continuously for the last five years. “Proper and effective reclying of waste paper will help in lowering imports and also help the environment by reducing solid waste.
The present recovery and utilisation of waste paper mills in India is 3.0 million tonnes annually, which translates to a recovery of 20% of the total paper and paperboard consumed. “This recovery is very low when compared to developed countries like Germany (73%), Sweden (69%), Japan (60%), Western Europe (56%), USA (49%), and Italy (45%).
As indigenous waste paper is in inadequate supply, Indian mills largely rely heavily on imported waste paper to meet the raw material demand. The import bill has increased significantly over the years. An estimate shows that the import of waste paper has increased from 5.1 million USD to One Billion USD in recent times. Indian paper industry imports around four million tonnes of waste paper annually which is about 57% of its raw material requirements.In the current scenario, in India, only 20% of waste paper is collected and rest goes to landfill. Out of this 90% of waste paper collection is carried out by informal sector, namely rag pickers, kabariwalas and hawkers.