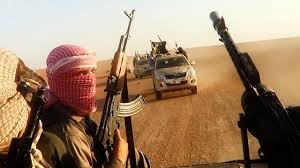 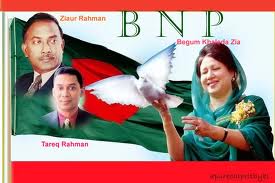 KOLKATA/DHAKA: Sudden rise of Islamic State of Iraq and Syria (ISIS), an unmanageable war between Israel and Hamas, a “Siv Sena leader force-feeding a fasting Muslim’’ and an equally sudden call by “Lucknow cleric asking Saudi Arabia to recruit Indian Sunni youth’’ to “combat Shias in Iraq,’’ alarmed liberal forces in Bangladesh which for a few years only got freedom from pro-Pakistani and fundamentalist Jammat and its political “patron’’ Bangladesh Nationalist Party (BNP)
“We fear these incidents are encouraging enough for fundamentalist Jammat and its political patron BNP trying to destabilize a weak political democracy is being managed by Awami League (AL),’’ said senior AL leader on the condition of anonymity.
Another spokesperson of a liberal Islamic organization spokesperson was most outspoken: “We expected instead of only opening a dialogue with only big leaders and big parties, we thought the new Indian Government would look beyond a roadmap on foreign policy set by old Indian leaders and opened a dialogue with smaller secular parties to reach to a consensual point on much broader issues.
“And only such open talks could probe the dangers within for Bangladesh and encourage to build a much broader democratic platform to eliminate those dangers which mere dialogue with bigger leaders and parties will not help,’’Incidentally, both secular and liberal forces and liberal Islamic forces for apparent reasons feel alarmed as they believe “these incidents bode ill for Dhaka as we fear a fundamentalists backlash with an environment being prepared by religious fundamentalists globally.’’
This will inspire both pro-Pakistani Jammat and BNP. “In such a turn of event India’s Eastern border will become vulnerable again,’’ said a Dhaka-based political commentator.Only by seeking friendship with Russia and traditionally friendly nations in the West, new Indian Government “cannot bring about new look and more pragmatic foreign policy with an adaptable and viable roadmap, another Indian commentator (formerly with Communist Party of India (CPI) and no American apologist), said.
“To protect democracy we need not inspire more infiltration but encourage a broader platform in Bangladesh to strengthen it, to keep of f Pak influences, after swearing of new Government, after sweat talks on how many occasions Pakistan Army destroyed ceasefire?’’ he added.