VARANASI: When Narendra Modi files his nomination papers for Varanasi in Uttar Pradesh this week, freedom fighter Madan Mohan Malviya’s grandson Girdhar Malviya will be one of his proposers.”I accepted the offer to be Modi’s proposer. Modi will take the nation forward with his principles, uniting everyone,” said Mr Malviya, a former judge. Pandit Madan Mohan Malviya was the founder of the prestigious Benaras Hindu University.The family of legendary musician Bismillah Khan has rejected a similar offer by the BJP. 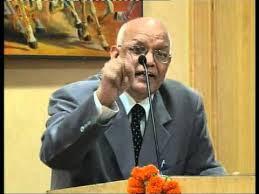 “We are voters. Our father was not in politics and neither are we. We are musicians,” said the Shehnai maestro’s son zameen Hussain Bismillah.Mr Modi, the BJP’s prime ministerial candidate, will file his nomination papers at Varanasi on Thursday, after a roadshow through the holy city. The BJP has planned a grand show that will begin with tributes at statues of Sardar Patel and Swami Vivekananada and take Mr Modi through key landmarks of Varanasi including the Kal Bharati and Kasi Vishwanath temples.
Mr Modi’s close aide Amit Shah, who is managing his campaign in the politically vital Uttar Pradesh, is reportedly handpicking proposers for Mr Modi. By fielding its prime ministerial nominee in UP, the BJP hopes for spectacular returns in the state that sends 80 members to Parliament. “They have to be true representatives of the culture of Varanasi, its river Ganga, its music and its weaving industry,” said a Varanasi BJP leader.
Mr Modi is also contesting from Vadodara in Gujarat, the state he has ruled since 2001. Tea vendor Kiran Mahida was one of his proposers in the city, in what was seen as overt symbolism linked to Mr Modi’s past as a tea seller on trains.