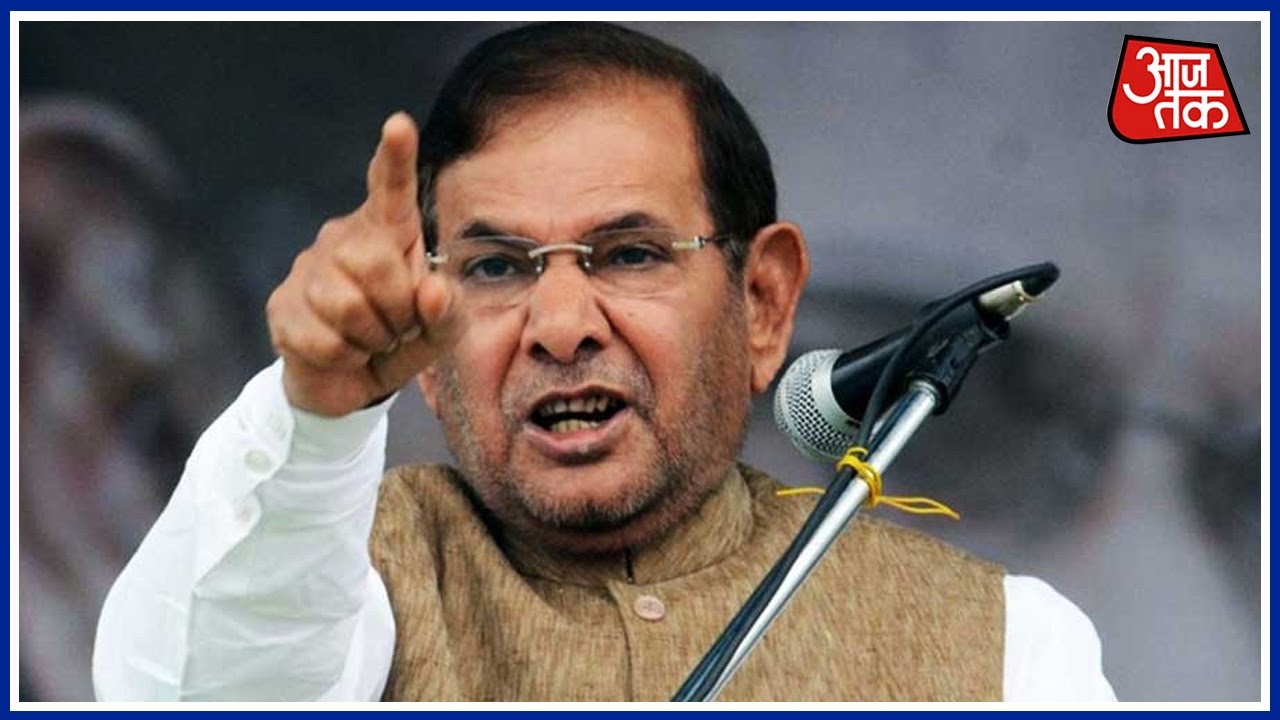 NEW DELHI / PATNA : Days after he was removed as the Janata Dal (United) leader in the Rajya Sabha, Sharad Yadav on Wednesday challenged Bihar Chief Minister Nitish Kumar to sack him from the party.The former JD(U) president has called a meeting of opposition parties, including the Congress and the Left, on Thursday where he will decide the future course of action.

Top leaders of the Congress, the Left, Samajwadi Party, BSP, TMC and other parties opposed to the BJP have been invited to the programme which is being seen as Sharad’s show of strength against his party chief Nitish Kumar’s decision to ally with the BJP.

Asked who would attend the meeting, Sharad says, “There would be hardly anybody from the opposition who will not come”. When asked if Nitish Kumar would also participate in the conference, Yadav said, “he has invited everyone to the programme”. However, he refused to answer questions on his disapproval of Nitish’s alliance with the BJP, and said the decision to hold tomorrow’s event was taken weeks ago, when his party was with the loose opposition group.

“The Sajha Virasat Bachao Sammelan is not against anybody but in the interest of the country. This is in the interest of 125 crore people of the country,” the former JD(U) said. He cited incidents such as the suicide of Rohith Vemula and the disappearance of JNU student Najeeb Ahmed, besides suicides of farmers across the country, to suggest that the situation was tough for underprivileged people.

The JD(U), which has asked Yadav not to hold the event, removed him as its parliamentary party leader in the Rajya Sabha when he continued with his campaign against the alliance with the BJP.  Yadav was accompanied by Ali Anwar Ansari, a Rajya Sabha member suspended from the parliamentary party by the JD(U), and Arun Shrivastava, recently sacked from the post of general secretary.

“We spoke to all our state unit presidents to get their views on Nitish’s idea of alliance with the BJP. Except three, everyone agreed that it was a bad idea,” said senior JD(U) leader Arun Shrivastava, who was recently sacked as the party’s general secretary by Nitish Kumar.

Shrivastava, a close aide of Yadav, said the question of the election symbol will be discussed in the August 17 national convention of the party and the question of “who the real JD(U) is” will be settled by the people who attend the meeting. Shrivastava claimed that the dissent over Nitish Kumar’s decision to join forces with the BJP was not being challenged by just a few people.

“Take, for instance, our party’s Kerala unit president and Rajya Sabha MP Veerendra Kumar who expressed dissent on the question of allying with the BJP. (Another Rajya Sabha MP Ali Anwar also spoke against it). Then it was Maharashtra party president and MLC Kapil Patil, who publicly defied Nitish by first voting for Meira Kumar (in presidential elections) and then criticising the tie-up with the BJP,” Shrivastava said.

He cited the example of the party’s eight-time MLA from Gujarat, Chotubhai Vasava, whose vote in the recent Rajya Sabha elections in the state proved crucial for Ahmed Patel’s victory.”He also made his position against the idea of allying with the BJP pretty clear. Questioning Nitish, Vasava said that when he’d spent all his life fighting the communal forces of the BJP, how could Nitish expect him to participate in his decision?”

According to the Yadav aide, except the units of Bihar, Jharkhand and Silvasa, all other party units had pledged their support to Sharad Yadav. “Nitish should remember that he was a guest in our party. It was Sharad Yadav who built the party units across the country. Bihar se baahar unhone 13 din nahi bitayein hain pure jeevankaal mein (In his career, Nitish has not spent even 13 days outside Bihar).”

It is not long before the question of who actually runs the party will be decided. Members of both factions and observers will now be looking at shows of strength by the two leaders later this week. (with inputs from Patan).