KOLKATA: After a fire in a/c, room where Mamata Banerjee stayed last night in Malda district, on her way to Suri for a rally in Birbhum district explosives were recovered and defused by security guards today afternoon. 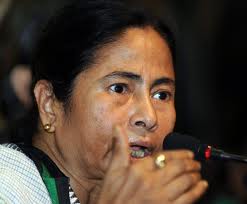 This, Banerjee termed as an attempt to “kill her’’ later at the Suri rally, has put the state intelligence and police on great alert.Mamata, later speaking at a rally at Nalhati carlier hinting at a conspiracy `to do her in’, said: “these’re a fallouts of a well-nit plan.’’
Meanwhile, reports reaching here said: police picked up five suspected men for interrogation, while state Congress chief Adhir Chowdhury demanded a “CBI probe into the incidents’’ and TMC sent a letter of serious complain to the office of  Election Commission.