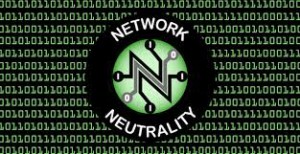 NEW DELHI: India has today elected for net neutrality, banning immediately any differential pricing for data – that means no content can be offered at discounted rates. The decision means that India will not allow Facebook’s free internet scheme, fronted by founder Mark Zuckerberg.
Violators will be penalized at Rs. 50,000 per day, said regulator TRAI, stressing that “content agnostic” access to the internet is the operating principle; however, data charges can be dropped during public emergencies like flooding.
Data packs that currently offer discounted rates for some content will not be yanked and customers can use them till they expire, said the regulator, adding that it is the “convenience of users” that is the over-riding concern.
“While disappointed with the outcome, we will continue our efforts to eliminate barriers and give the unconnected an easier path to the internet,” said Facebook in a statement.
Free Basics has been described by Mr Zuckerberg as a way of bringing the internet to millions of Indians in rural India. In partnership with Reliance Telecom, the scheme, which piloted in a few states, allowed users to access – at no charge- to Facebook’s own social network and messaging services, along with the content of its partners.
TRAI suspended Free Basics a few weeks ago, arguing that it violates the principle of net neutrality, the concept that all websites on the internet are treated equally. Differential pricing would put small content providers and start-ups at a disadvantage, say critics who launched a massive consumer awareness program to lobby TRAI.
Those who have taken on Free Basics include founders of some of the most successful internet companies in India, as well as faculty at prestigious academic institutions like the IITS. They argue that if the Facebook scheme is allowed, it would confer huge gate-keeping powers on the online giant.