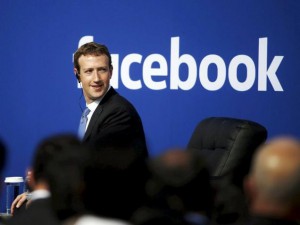 NEW DELHI: Boosting the government’s ambitious ‘Digital India’ drive, social media giant Facebook has come forward to facilitate state-run BSNL in setting up 100 WiFi sites in rural areas of western and southern India.
Facebook will spend Rs. 5 crore per annum for sponsoring these 100 WiFi hotspots in the country.“Facebook has partnered with us to sponsor 100 WiFi hotspots in villages across west and southern India. They will pay Rs. 5 lakh for BSNL bandwidth for each hotspot per annum,” BSNL Chairman & MD Anupam Shrivastava told .

The hotspots are being set up by BSNL selected vendor Quad Zen.“We have already set up 25 hotspots under the agreement. Facebook is only sponsoring them and not taking any revenue share. Quad Zen will set up these hotspots and handle sales. There is revenue share model between BSNL and Quad Zen,” Shrivastava said.
When contacted, Facebook spokesperson said, “We don’t have any comments at this point of time.”The agreement between Facebook and BSNL is for three years and it can be further extended for two more years, he said.
BSNL has also received interest from Member of Parliaments for setting up WiFi hotspots in villages which they have adopted under Saansad Adarsh Gram Yojana (SAGY) to make it a model village by 2016.
“Union ministers Nitin Gadkari, Ravi Shankar Prasad, Najma Heptulla and Lok Sabha speaker Sumitra Mahajan are sponsoring BSNL bandwidth for WiFi hotspots in the villages that they have adopted under SAGY. BSNL approached MPs explaining this model under MPLAD scheme and over 50 MPs have responded positively to it,” Shrivastava said.
He said that the sponsored WiFi spots are being set-up in addition to 2,500 WiFi spots that BSNL is setting up in partnership with Quad Zen and Trimax.
“With Facebook and MPs coming forward, we are able to set up WiFi hotspots in areas where it is not commercially feasible to run them. We are quickly extending optical fibre connectivity to these hotspots,” Shrivastava said.
Under commercial model, Quad Zen will set up 2,000 WiFi hotspots in West and Southern part of the country and Trimax will set up 500 hotspots in North India.