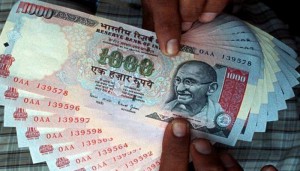 NEW DELHI: Sensing the outrage among the salaried class on EPF tax levied in the Budget, Prime Minister Narendra Modi is reported to have intervened, following which the Finance Ministry has reviewed the proposal and is likely to offer some relief to taxpayers.
Online campaign against EPF tax gets over 1 lakh support

As per reports, the Finance Minister was to make a statement on the revised proposal in the Parliament on Friday, but both the Houses were adjourned due to former Speaker P A Sangma’s death.

The government is likely to announce some relief on the EPF withdrawal tax, if not complete rollback, as early as Tuesday, when the House reassembles.
The Finance Minister, in the Budget, had proposed to tax 60 percent of the corpus of the employees provident fund at the time of withdrawal, on prospective basis i.e. from April 1 onwards.