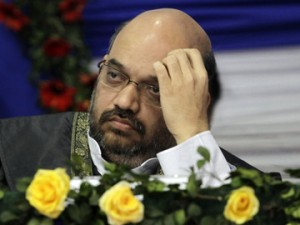 The Election Commission has banned BJP leader Amit Shah and Samajwadi Party leader Azam Khan from addressing public meetings and rallies. In a letter to the Uttar Pradesh government, the Election Commission has also ordered that First Information Reports (FIRs) be registered against the two politicians for making “highly inflammatory speeches” while campaigning for the general elections in the state.
The Election Commission said in its letter, “necessary FIRs should be immediately filed and criminal proceedings initiated against the above mentioned two leaders, wherever the same have not been instituted so far.”It also said, “no permission should be granted for holding any public meetings’ public processions, public rallies, road shows, etc., by the district administration authorities, where the above two leaders are expected or likely to participate.”