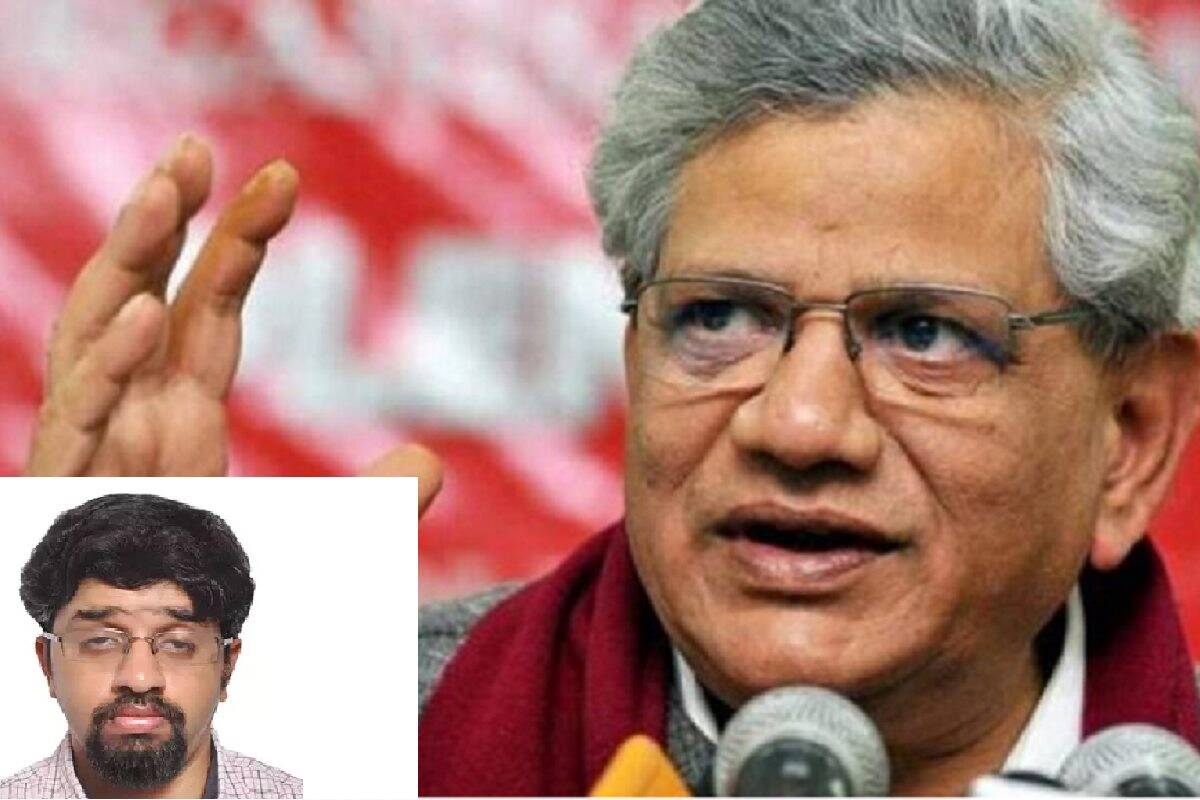 NEW DELHI : Communist Party of India (Marxist) General Secretary Sitaram Yechury’s eldest son Ashish Yechury passed away due to COVID-19 today morning. Making the announcement on Twitter, Yechury thanked all those who gave them hope and treated him.Ashish, 34, was a senior copy editor with a leading newspaper in Delhi.
“It is with great sadness that I have to inform that I lost my elder son, Ashish Yechury to COVID-19 this morning. I want to thank all those who gave us hope and who treated him – doctors, nurses, frontline health workers, sanitation workers, and innumerable others who stood by us,” said Yechury.

Ashish Yechury was recovering well at Gurgaon’s Medanta Hospital.Earlier, Ashish was hospitalised at Holy Family Hospital but was shifted to Medanta Hospital. Ashish, who studied at the Asian College of Journalism, Chennai, worked in several publications, including the Times of India in Delhi, before moving to Pune, reported PTI.
“We are deeply sorry to announce the passing away this morning (22 April) of Ashish Yechury, son of Sitaram Yechury and Indrani Mazumdar. He died of Covid related complications. He was 34 years old,” the CPI(M) Politburo said in a statement. Ashish, who would have turned 35 on June 9, was recovering well at Gurgaon’s Medanta Hospital, people close to the family added, describing his sudden death at 5.30 am after a two-week battle with the disease as a shock, reported PTI.
The second wave of the COVID-19 pandemic is wreaking havoc around the country with nearly 3 lakh new cases and over 2,000 deaths being reported on Wednesday. This is a record-high since the pandemic broke out last year. As per the union health ministry, as many as 2,95,041 new COVID-19 cases and 2,023 deaths were reported, taking the total cases to 1,56,16,130, including 21,57,538 active cases.

Prime Minister Narendra Modi has expressed condolences over the passing away of Ashish Yechury. Taking to his Twitter he said, “Condolences to Shri Sitaram Yechury Ji and his family on the tragic and untimely demise of his son, Ashish. Om Shanti.”