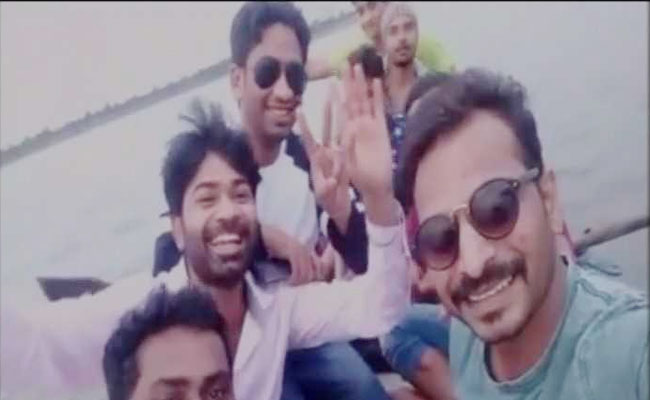 NAGPUR : Eight students are feared dead after their boat capsized on a picnic at river Vena in Nagpur last evening. The group was reportedly celebrating a birthday and had streamed a video on Facebook Live just before the boat tipped over, around 6.30 pm.

Two boatmen and a student have been rescued and three bodies have been pulled out of the waters. Divers are looking for five more. The police suspect that the boat overturned when the men – all between 20 and 25 years – were taking videos and selfies.

“The youngsters came yesterday to enjoy a boat ride. We are looking for seven people,” said police officer Suresh Bhoyat this morning. Eight students had asked three boatmen to take them to the dam. A witness who saw the boat turning over called the police. A local diver helped rescue three.
A team of the National Disaster Response Force and firemen have also been roped in for the rescue effort, which resumed early this morning.