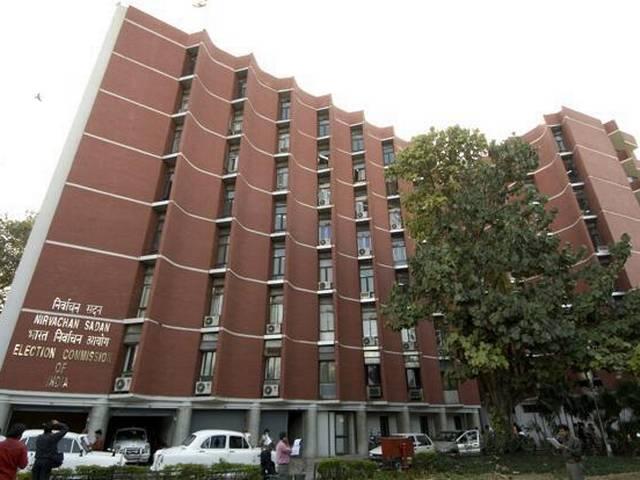 NEW DELHI : Even as the Aam Aadmi Party on Tuesday staged a ‘live demonstration’ of alleged EVM manipulation in the Delhi Assembly, the Election Commission challenged Arvind Kejriwal’s party to do it in hackathon which is likely to be conducted in the third week of May.

A source in ECI was quoted as saying by CNN-News18, “They are showing everything with a prototype EVM. Let them prove their charges during the EVM hackathon challenge.”On the other hand, Hindustan Times quoted another source as saying, “If it is a prototype, then it is not the same as the EVM used by the commission. To say EVM can be hacked by manipulating a prototype is not the same thing.”

EC has convened an all-party meeting on May 12 to discuss the concerns about the reliability of electronic voting machines and is likely to brief the parties about its planned EVM hacking challenge.
A statement from the commission on May 04 had said that at the meeting, the issue of EVMs, change in rules regarding recount of votes using paper trail data, making bribery in elections a cognisable offence and disqualification of candidates chargesheeted for electoral bribery would be discussed.

While there was no mention of the proposed EVM hacking challenge in the statement, a senior commission official, who refused to go on record, was quoted as saying by PTI that an overview of process and procedure of EVM challenge would be given and views of the parties would be sought.

Meanwhile, an EC official today was quoted as saying by HT, “AAP should also send their representatives to the hacking challenge to prove their allegations.”Recently, 16 Opposition parties had urged the ECI to revert to ballot system, claiming that the faith of the people in EVMs has been ‘eroded’.

EC has time and again rubbished allegations that EVMs can be programmed to favour any particular party. Earlier today, AAP MLA Saurabh Bhardwaj claimed in the Delhi Assembly that anyone knowing a ‘secret code’ can tamper with the EVMs and the code can be fed into a machine while casting vote.

Bhardwaj, who represents the Greater Kailash constituency, claimed that in his capacity as an engineer, he had extensively worked in this area and was aware of how the machines can be fiddled with. Before Bhardwaj’s demonstration, Kejriwal had tweeted, “Saurabh Bhardwaj will reveal the truth behind a big conspiracy in the country. Satyameva Jayate”.Later, the Delhi CM dared the EC to provide EVM machines to AAP, claiming it can be ‘tampered with’ in ’90 seconds’.
(With PTI inputs)