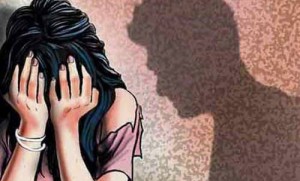 NEW DELHI : A Delhi court on Tuesday held five persons guilty in the infamous 2010 Dhaula Kuan abduction and gang-rape case.Additional Sessions Judge Virender Bhat had last week deferred the verdict.
Shamshad alias Khutkan, Usman alias Kale, Shahid alias Chhota Billi, Iqbal alias Bada Billi and Kamruddin have been convicted for the abduction and gang-rape of a 30-year-old call centre executive in Dhaula Kuan area of south Delhi.They will be sentenced on October 17 (Friday).
According to the police, the five men abducted the woman, who hailed from the Northeast, on November 24, 2010, while she was walking home with a friend after her shift ended.The abductors took her to Mangolpuri, gang-raped her, and left her on an isolated road there.
The five were later arrested from Mewat in Haryana. They had claimed innocence, saying they were falsely implicated in the case.They were tried on charges of gang-rape, criminal intimidation and abduction.After the incident, Delhi Police ordered all BPO companies in Delhi and the National Capital Region to drop women employees home while providing them security.