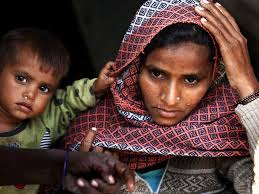 KOLKATA: After a trail of starvation deaths in North Bengal’s sick and closed tea industries, now curse of Japanese encephalitis intensified stalking in seven districts of hilly terrain and has claimed 67 victims.

The outbreak though mildly began in January this year, but since June it intensified its attacks claiming victims.

According to reports reaching here from North Bengal, though seven district municipalities have launched a massive vaccinisation campaign among pigs bread for commercial purposes by tribals and among men and women in general, but caught napping as mosquitoes carrying the virus also found open vats as breeding grounds.

Speaking to Newstrack24x7, a senior state government officer admitted: “We have launched the vaccination campaign a bit late.’’

But now with death toll reaching 67, number of affected people getting treated in several North Bengal hospitals going up to 347 and death toll since last few months touching over 104, State Health Department sounded alarm of a possibile of outbreak of affliction in seven districts, Darjeeling, Jalpaiguri, Alipurduar Cooch Behar, North and South Dinajpurs and Maldha.

A senior doctor and an expert from School of Tropical Medicine, Kolkata said: “Over the years due to no lesson about hygiene by municipalities to people, have also contributed to the present mess. The people who leave near open vats, breed pigs without proper vaccinisation, unknowingly invited the virus.’’