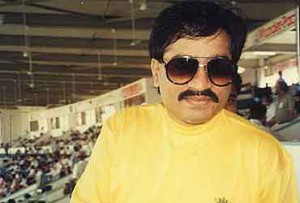 NEW DELHI: The Ministry of Home Affairs told the Lok Sabha during question hour on Tuesday that the Indian government is unaware of 1993 serial blasts accused Dawood Ibrahim’s location and therefore cannot start the process for his extradition. The Ministry’s response contradicts India’s stated position that the fugitive is in Pakistan.
According to the Sources in the Ministry that India’s stated position is that Pakistan continues to harbour Dawood Ibrahim and the reply was framed “in the limited context of extradition.” The response that was described by a senior official as a ‘goof-up’ put the government on the back foot forcing it to clarify late evening that India’s stance hadn’t changed. Sources said not only had the government exchanged dossiers with Pakistan on Ibrahim “three known addresses but also the details of his Pakistani passports.” The government’s embarrassment came on a day when an Army commanders’ conference in Pakistan blamed India’s Research and Analysis Wing for fomenting terror in the country.
“(The) government’s stand is consistent: he’s in Pakistan. The Indian government has been providing information about his whereabouts to Pakistan,” Kiren Rijiju MoS Home told journalists.“Do not misconstrue a statement based on specific question. Do not misconstrue the intention of the government,” he added. “The government is pursuing the case very seriously, there are no lapses. Pak agencies are not cooperating with us, it’s well known to everybody,” Mr Rijiju said.
“Dawood Ibrahim is an accused in the Mumbai serial blast of 1993 and a Red Corner Notice No.A0135/4-1993 is in existence against him,” Mr Rijiju’s fellow MoS Haribhai Parathibhai Chaudhary said in a written reply to a question by MP Nityanand Rai. “The subject has not been located so far. Extradition process with regard to Dawood Ibrahim would be initiated once the subject is located,” he added.
After a strong reaction from different quarters, including the opposition, Mr Chaudhary and Union Home Secretary LC Goyal held a meeting later in the day. The Ministry could clarify the issue on the floor of the house.The government has repeatedly blamed Pakistan for providing refuge to Ibrahim.
“When the Pakistan premier came to India, our Prime Minister told him to hand over Dawood. We are pursuing it. We are trying to build diplomatic pressure… As he is the most wanted criminal… Right now he is along (Pakistan-) Afghanistan border,” Home Minister Rajnath Singh had said at function in New Delhi on November 22 last year.
Less than a month later, his cabinet colleague M Venkaiah Naidu had said Pakistan should arrest both Ibrahim and Hafiz Sayeed and hand them over to India.