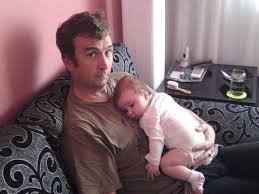 LONDON: Hours after the Islamic State released a barbaric video showing the beheading of ex-British soldier and humanitarian aid worker David Haines, the UK Foreign office posted a statement in the honour of the slain Briton, on behalf of his family.
In the statement, David’s brother Mike Haines remembers him as ”just another bloke”, who loved working in the humanitarian field and was quiet enthusiastic about it. Writing about his 44-year-old brother, Mike reminisces his happy childhood days with brother David, recollecting how as children, their lives were centred around their family, ”holidaying in caravans and tents”.
Calling David ”a good brother”, and “a stubborn irritating pain in the ass” sometimes, Mike goes on to narrate the slain aid worker’s life story in brief. According to his brother Mike, David started working with the Royal Mail, before joining the British Royal air Force as an aircraft engineer. David then ventured into the realm of humanitarian aid work, with his stint with the UN in Balkans.