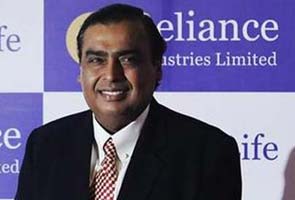 MUMBAI: Mukesh Ambani, chairman of Reliance Industries which operates the world’s largest single-location oil refinery at Jamnagar, today said the crisis in Iraq will lead to higher fuel prices which in turn will raise inflation.
“In an inter-connected world like the one we are living in today, what’s happening around the world affects everywhere. ”The geopolitical crisis in the Middle East, especially the ongoing one in Iraq will increase crude oil prices which in turn will spike inflation in our economy,” Ambani said at the 106th annual general meeting of Indian Merchants Chamber here today.
Crude oil prices have gone up by four per cent as the civil war has engulfed Iraq and some analysts believe that if the crisis worsens it could jack up India’s oil import bill by over USD 20 billion this fiscal, at close to USD 200 billion.
On the growth prospects of the domestic economy, which slipped below 5 per cent for two consecutive years, Ambani said our progress is both irrefutable and unstoppable, but there are developmental hurdles like low education and poor infrastructure.
“We have a lot of challenges to overcome. But I am an eternal optimist. As a democracy of 1.2 billion people, we are a country and a market like no other. Our 400 million strong middle-class now has solid discretionary income, which drives investment from across the world.
“We now have the power to drive the sub-continent,” he said, adding that the country needs new social model based on equality of opportunity and a policy of reforms that lasts not only five or ten years but longer. Ambani said the country has achieved by 2010 what he thought would have been achievable only by 2020.
Recalling his India 2020 vision statement at the IMC in 1998, he said, “As I look back, it strikes me how understated my expectations turned out to be. I had mentioned that transparency will become the order of the day – today India has got RTI.” Having announced a whopping Rs 70,000 crore investment into the telecom sector, Ambani said he sees two big trends in the technology space.
“I see two big trends – from a linear, local world to global and exponential world. Each one of us is connected in a globalised environment. Power of a billion connected Indian minds is just the beginning. Access to information will radically change our lives in the next five-ten years.
“Nothing is impossible but technology is taking us to new realms of possibilities. We will not just leapfrog, but pole-vault over the rest the world, if we embrace high technology,” he said.Meanwhile, IMC announced election of Prabodh Thakker as its new president and Dilip Piramal as vice-president for FY’15, replacing the incumbent president Shailesh Vaidya.