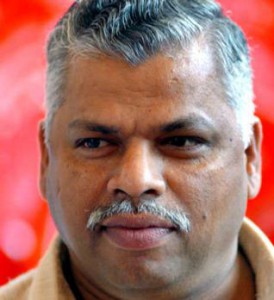 KOCHI: CPI(M) leader M.V. Jayarajan, who was sentenced to a four week jail term in a contempt of court case, has been taken to a Central prison in Thiruvananthapuram after he surrendered before the High Court to serve the sentence.
Jayarajan appeared before the High Court Registrar following a Supreme Court verdict upholding a High Court judgment on his conviction.
In November 2011, a Division Bench of the High Court found him guilty of contempt charges for making certain remarks against a High Court judge, who had banned road side public meetings. The Supreme Court, however, had reduced the six month simple imprisonment awarded by the High Court to four week imprisonment on his appeal.
The CPI(M) leader had earlier served a nine day imprisonment in the Poojappura Central Jail immediately after his conviction in the case. Now, he will have to undergo imprisonment for the remaining period of four weeks.