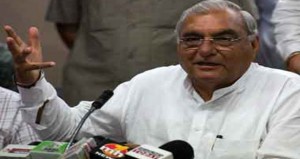 NEW DELHI : As the Congress party prepares for a massive rejig in the wake of its unprecedented debacle in Lok Sabha polls, Maharashtra Chief Minister Prithviraj Chavan met with Congress president Sonia Gandhi at her resident at 10 Janpath here amid speculations that a change of guard could take place in the state.
The Maharashtra CM also met with former prime minister Manmohan Singh later in the day. The sources say that there may not immediate change of Maharashtra chief minister but possibility exists. Earlier, there were reports that Chanvan might be replaced by the Congress leadership and former Union Home Minister Sushilkumar Shinde may take his place as the chief minister of Maharashtra.
The pressure to replace Chavan has been mounting from party MLAs after the debacle that the Congress faced in the 2014 Lok Sabha polls, as per reports doing the rounds for a while now.They supposedly feel that if he is not replaced now then the Congress will be completely wiped out in the upcoming Assembly elections in the state. The Congress high command is also said to be not too happy with Chavan’s style of working.
Along with Shinde, the names of state ministers Bala Saheb Thorat and Radhakrishna Vikhe Patil are doing the rounds as the likely successors to Chavan.
Also, Congress leadership has been under pressure to replace Assam Chief Minister Tarun Gogoi for long time as rebellion had mounted in the state unit, more so after the poor show of Congress in the Lok Sabha polls. Meanwhile, amid indications that Tarun Gogoi might be replaced, the Assam Chief Minister today said, “I won’t say yes, I won’t say no,” when asked if such a development was in the offing. He will will arrive in Delhi on Sunday to meet with the party leadership.
Haryana Chief Minister Bhupinder Singh Hooda also held meeting with the Congress President today. Following that meeting, sources close to Mr Hooda as well as the All India Congress Committee (AICC) general secretary in-charge for the state, Shakeel Ahmed, ruled out any likelihood of a change of guard there.