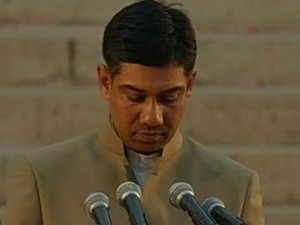 JAIPUR: Union minister of state for chemicals and fertilizer Nihal Chand Meghwal has been issued notice by a district court in Jaipur in connection with a four-year-old rape case.The Congress has demanded the resignation of Mr Meghwal, 42, the only representative from  Rajasthan in Mr Modi’s council of ministers.
“After Narendra Modi’s speech, today is testing time for him. It is a serious issue and the PM must immediately dismiss him. All the talks about austerity and transparency, they must think about it,” said Congress leader Sachin Pilot.The minister has been named in a first information report or FIR filed in 2011 by a woman who alleges that her husband repeatedly drugged her and then allowed his friends, among them Mr Meghwal, to rape her.The Rajasthan police had in 2012 closed the case saying the charges were false and fabricated.
The woman had then approached a district court which, too, dismissed the charges. She appealed, following which additional district judge Prem Prakash Gupta issued notices to Mr Meghwal and 17 others in this case on Thursday, asking them to respond by August 20.
The woman has alleged in court that her husband and brother-in-law had sexually exploited her for months for political benefit.