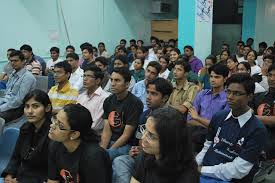 NEW DELHI: Social media has emerged as a major background check tool for employers and nearly 68 per cent of them decide against hiring individuals after finding negative details about them, according to finding of a survey. As many as 59 per cent employers are currently using social media to research on job candidates, while another 33 per cent are planning to access the platform soon, the survey by job site CareerBuilder India said.
According to the survey, 68 per cent employers who research job candidates on social media have found ‘content’ that caused them not to hire the individual. The findings of the survey were based on responses by top 1,200 corporates in the country. Moreover, about 75 per cent of employers were observed to be also using search engines such as Google to research potential job candidates, the survey showed.
The most common reasons for employers to reject a job aspirant were that the candidate lied about his qualifications (50 per cent), had poor communications skills (50 per cent), posted provocative or inappropriate photographs or information (47 per cent) or shared confidential information of previous employer (42 per cent). Among other reasons, the applicants had posted details about their drinking or drug habits (38 per cent), were linked to criminal behaviour (35 per cent) or had bad-mouthed their previous company or fellow employees (32 per cent).
“It’s vital for job seekers to remember that much of what they post to the Internet – and equally importantly, what others post about them – can be found by prospective employers, and that can affect their chances of getting hired down the road,” CareerBuilder HR vice president Rosemary Haefner said. “Job seekers need to stay vigilant, and pay attention to privacy updates from all of their social networking accounts so they know what information is available for others to see,” she said. Meanwhile, many employers surveyed said they were likely to hire the candidate if they found on social media platform that the individual’s background supported his/her professional qualifications, his/her personality was clearly a good fit within the company culture, he/she had great communication skills, was creative and had a wide range of interests, among others.