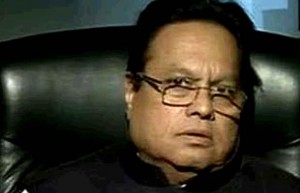 NEW DELHI : Ahead of a Supreme Court hearing tomorrow, the CBI filed a second charge sheet in the coal
block allocation scam in a Delhi court today and named Rajya Sabha MP Vijay Darda, Nagpur-based AMR Iron and Steel Pvt Ltd and others as accused for fraudulently acquiring coal blocks.
According to CBI sources, the accused, including Mr Darda and his son Devendra, were chargesheeted for the offences under sections 120-B (criminal conspiracy) and 420 (cheating) of the IPC.
The CBI, in its FIR, had arrayed AMR Iron and Steel Pvt Ltd, its directors Arvind Kumar Jayaswal, Manoj Jayaswal, Ramesh Jayaswal and Devendra Darda, son of Vijay Darda, and unknown public servants in the Coal Ministry as accused in the case.Regarding AMR Iron and Steel Pvt Ltd, the CBI had said in its FIR that the firm, in its application form for allocation of coal blocks, had “fraudulently” concealed the fact that its group companies had previously been allocated five coal blocks.
Detailing the allocation of coal blocks to AMR Iron and Steel Pvt Ltd, the agency had said the Ministry of Coal had invited applications for allocation of coal blocks, including Bander coal block in Maharashtra having geological reserve of 126.105 million metric tonnes (MMT).
The CBI had said the 36th Screening Committee, which is headed by coal secretary, after concluding its deliberations on July 3, 2008, recommended allocation of Bander Coal Block jointly to J K Cement Ltd, M/s Century Textiles and Industries Ltd and AMR Iron and Steel Pvt Ltd for their proposed plants in Karnataka and Maharashtra respectively.The chargesheet was filed a day before the CBI would be informing the Supreme Court about the status of its investigations into the five cases registered by it in 2012.