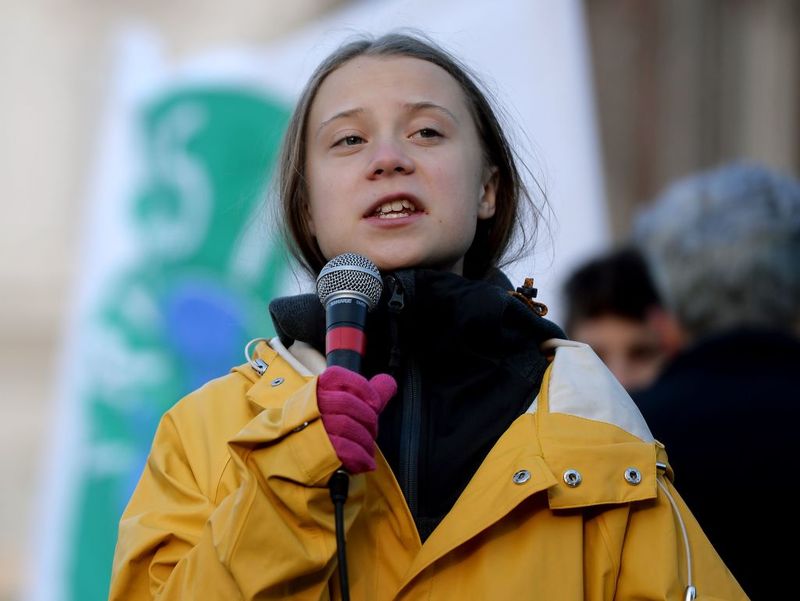 STOCKHOLM: Swedish environmental campaigner Greta Thunberg on Saturday asked US voters to choose Joe Biden, saying the outcome of the US presidential election was crucial for fighting climate change.The 17-year-old founder of the “Fridays for Future” climate protests said on Twitter: “I never engage in party politics. But the upcoming US elections is above and beyond all that.

“From a climate perspective it’s very far from enough and many of you of course supported other candidates,” Thunberg acknowledged. “But, I mean…you know…damn! Just get organized and get everyone to vote #Biden,” she added.
Biden is challenging US President Donald Trump, who dismisses climate change warnings and who has been dismissive of Thunberg.”Greta must work on her Anger Management problem, then go to a good old fashioned movie with a friend! Chill Greta, Chill!” Trump once tweeted.
“She seems like a very happy young girl looking forward to a bright and wonderful future,” Trump tweeted again after Thunberg addressed the United Nations with a furious challenge contained in the simple question “How dare you?”Biden on the other hand has reached out to Thunberg and hailed her commitment to the fight against climate change.
Last month, the respected magazine Scientific American also urged readers to vote for Biden on November 3, the first time in almost 200 years that it has taken a political stance.”Think about voting to protect science instead of destroying it,” editors said in comments relayed by Thunberg along with her endorsement.

(Except for the headline, this story has not been edited by Newstrack24x7.com staff and is published from a syndicated feed.)