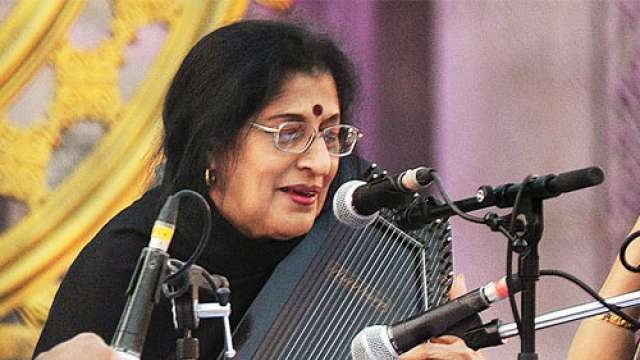 MUMBAI: Renowned Hindustani classical vocalist Kishori Amonkar passed away here today after a brief illness. She was 84.She passed away at her home in central Mumbai tonight, family sources said.

Born on April 10, 1932 here, Amonkar was recognised as one of the foremost singers in the Hindustani tradition and as an innovative exponent of the Jaipur gharana. A gharana is a community of musicians sharing a distinctive musical style.

Amonkar’s mother was the well-known vocalist Mogubai Kurdikar, who trained under Alladiya Khan Saheb, the doyen of the Jaipur gharana.While learning the finer points and techniques of the Jaipur gharana from her mother, Amonkar also developed her own personal style, which reflects the influence of other gharanas and was generally regarded as an individual variant of the Jaipur tradition.
Amonkar cultivated a deep understanding of her art, largely through extensive study of the ancient texts on music, and her repertoire was grand in its sweep.She was known primarily for her skillful singing of classical khayal songs set in the traditional ragas of Hindustani music, but also performed the lighter classical thumri repertoire, bhajan, devotional songs and film music. Regardless of musical genre, her performances were marked by vitality and grace.

Throughout her career, however, Amonkar was both criticised and praised for her bending of the Jaipur tradition.As she prioritised the expression of emotion in her music, she frequently departed from the gharana’s conventions of rhythm, ornamentation, and broader musical structure in order to intensify the impact of the music.

She aimed to infuse the emotional appeal of the more popular styles into the comparatively rigid classical tradition. Besides being a renowned musician, Amonkar was a popular speaker and traveled throughout India giving lectures, most notably on the theory of rasa (feelings, emotions) in music.
In recognition of her contribution to the arts, she received many awards, including the Padma Bhushan (1987) and Padma Vibhushan (2002), two of India’s top civilian honours.In 2010, she became a fellow of the Sangeet Natak Akademi, the national academy of music, arts, and dance.
Maharashtra chief minister Devendra Fadnavis and Governor C Vidyasagar Rao, in their condolence messages, described Amonkar as a doyen of classical music.