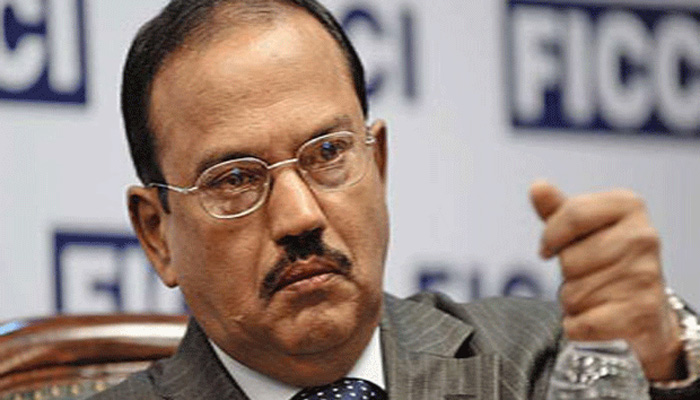 NEWS DELHI : Two days before National Security Adviser Ajit Doval lands in China, a nationalist state-run tabloid has said “the main schemer’s trip” will not persuade Beijing into talks on the border dispute at Sikkim unless Delhi commits to pulling back its soldiers.Mr Doval is scheduled to visit China on Thursday and Friday for a meeting of top security officers from the countries that comprise BRICS -Brazil, Russia, India, China and South Africa.
The Global Times editorial is titled “Doval visit won’t sway China over border standoff”. It said, “As Doval is believed to be one of the main schemers behind the current border standoff between Chinese and Indian troops, the Indian media is pinning high hopes on the trip to settle the ongoing dispute.”

Both India and China have not ruled out a bilateral meeting between Mr Doval and his Chinese counterpart Yang Jiechi.”New Delhi should give up its illusions, and Doval’s Beijing visit is most certainly not an opportunity to settle the standoff in accordance with India’s will,” said The Global Times.The dispute at the Sikkim border began on June 16 after the Chinese army tried to build a road near the tri-junction of Bhutan, China and India.
Indian soldiers stopped the construction of the road. China says it has every right to build a road in the region it refers to as Donglang. India and Bhutan say the land belongs to Bhutan, which calls it Doklam.
About 300 soldiers from China and India have been standing 150-metres apart in a confrontation that has lasted well over a month with Beijing making a raft of aggressive statements including references to war.
Foreign Minister Sushma Swaraj said last week that both armies should pull back to allow talks for a compromise.Another Chinese paper took a gentler tenor today. “There are still hopes that the deadlock can be resolved peacefully, which serves both countries’ best interests,” the China Daily said