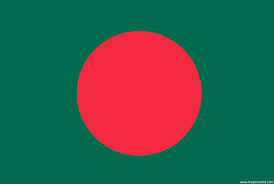 KOLKATA/DHAKA: An unexpected `political tendency of tacit and secret understanding’ for `co-existence’ between Awami League and pro-Pakistani Jammat in changed political circumstances, leaves a large section of liberal intellectuals in Bangladesh worried.

Speaking to Newstrack, a liberal intellectual said: “With opposition petering out in Bangladesh, Awami League should have opened a dialogue with liberal parties for consensual approach and agenda for development which I am afraid party is not doing.

“A dialogue with the liberal parties would and allowing them political space will not only win back the support of huge number of liberals but also though miniscule but powerful minorities, including Hindus, Buddhists and Christians together for a better quality of politics in Bangladesh and good bilateral ties with India.’’

But as misfortune would have it, for strange reason a `tendency was detected within Awami League that despite putting up a strong resistance to pro-Pakistani Jammat, a violent minority party, Begum Hasina’s Government is softening up.’

According to many liberal intellectuals, Hasina Government is worried over new Indian Government policy of preventing large-scale migration of  Bangladeshis in West Bengal, Asom  and other Indian states, therefore pro-Pakistani Jammat may act as pressure valve.

“But it would script a blunder for Bangladesh as a whole, its politics and peace, said a Bangladeshi observer, hastening to add that “instead, Awami League should open a reasonable dialogue with Narendra Modi Government in India and the liberal parties within Bangladesh.’’