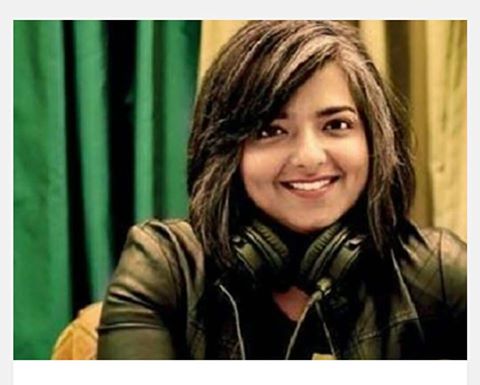 CHANDIGRAH : CCTV footage from five locations in the stalking case involving the son of BJP Haryana president’s son was missing, police said Monday, while the party’s state unit blamed the victim for driving “so late in the night”. “The girl should not have gone out at 12 in the night. Why was she driving so late in the night? The atmosphere is not right. We need to take care of ourselves,” said BJP state vice president Ramveer Bhatti said.

This came when Bhatti was contacted to comment on the Chandigarh police claiming that CCTV footage from 5 locations related to the stalking case in the city were missing. Police sources said the CCTV footage could be a vital piece of evidence in the case.

The 29-year-old daughter of a top bureaucrat alleged that she was followed by Haryana BJP chief Subhash Barala’s son Vikas Barala and his friend Ashish Kumar last Friday. Barala’s SUV pulled up close to her car several times in a bid to block her way from other routes.

Earlier, Haryana Chief Minister Manohar Lal Khattar claimed that the state BJP chief Subhash Barala had “nothing to do with the incident”. Congress leader Rahul Gandhi retorted by saying that the state government should punish the guilty and not “collude” with culprits and the mindset they represent.

The incident had come to light when the woman called up the police on Friday night and complained that two youth were chasing her. The woman in her complaint had alleged that two youth in an SUV followed her when she was driving from the Sector 8 market in Chandigarh towards Panchkula on the intervening night of August 4 and 5.
Two days after a woman accused the son of Haryana BJP chief Subhash Barala of stalking her and trying to kidnap her in a widely-shared Facebook post, the police are yet to add the charge of kidnapping, an offence that does not allow bail.  The two allegedly chased the 29-year-old woman – the daughter of a bureaucrat – on the streets of Chandigarh late on Friday night and even blocked her way.

The comments reinforced criticism of the state’s ruling BJP and apparent police laxity. Randeep Singh Surjewala of the opposition Congress alleges that five of seven CCTV cameras along the road where the woman was chased are missing and it indicates an attempt to destroy evidence.

In the Facebook post that has gone viral, the woman described in chilling detail how men in a white SUV chased her down the streets of Chandigarh after midnight on Friday. “The boy came out of the safari and tried to open my door, banged my window… To me it was very clear that these boys intended to abduct me even tried to open the door,” she wrote.
When a police car responded to her frantic calls, one of the men was banging on her window and trying to open the door. The police, she wrote, managed to intercept the car and catch the young men. After the patrolling team’s prompt response, however, the police have questionably omitted listing a more serious kidnapping charge against the politician’s son.
Though she complained about the intention of the men to abduct her, the police have only added a “wrongful restraint” charge to her original FIR of stalking. The two accused are therefore out on bail.
Denying any political pressure, the police said the woman did not refer to kidnapping in her statement before the magistrate. The police now say they are taking legal opinion on adding harsher charges against the BJP leader’s son.