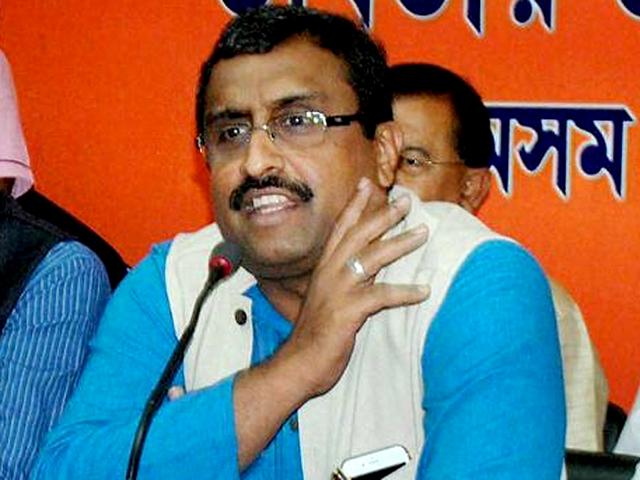 NEW DELHI :Bharatiya Janata Party (BJP) national general secretary Ram Madhav on Saturday said the Centre wouldn’t hold talks with separatists who use Kashmiris as ‘guinea pigs in their reprehensible politics of violence and separatism.’
“The separatists have only one motto: One dead body a day, so that they can play sentimental politics over the dead bodies. The security forces and the government on the other hand try their best to ensure that the ill-intentions of the separatists don`t succeed,” Madhav posted on the social media.

Madhav, who is the party in-charge of Jammu and Kashmir, said the government and the security forces were executing a difficult job of mainlining peace in the Valley with a commendable effort.The BJP leader`s remarks came a day after the Centre told the Supreme Court that it wouldn`t hold talks with separatist leaders who demanded `azadi`.
The Centre`s remark came as the apex court was hearing a plea filed by the Jammu and Kashmir Bar Association against the use of pellet guns. The Association wants the Centre to hold talks with Hurriyat leaders.The top court said that it would tell the security forces and the police to suspend the use of pellet guns if the petitioner gives an undertaking that there would be no stone pelting.

The BJP leader added that the armed forces had very few pellet guns and were used in rare situations only.”Even where used they are deemed less lethal than normal guns and bullets. Even there the forces are trained to maintain maximum restraint and use other methods to control violence,” he said.

Kashmir has been witnessing increasing incidence of stone pelting incident following the April 9 bypolls to the Srinagar Lok Sabha constituency which was held amidst conflict.