NEW DELHI : The Supreme Court has restrained Archana Ramasundaram, a senior Tamil Nadu cop, from starting work as Additional Director of the Central Bureau of Investigation or CBI. The Tamil Nadu government had moved the top court against her deputation to the central agency. Ms  Ramasundaram was suspended by the Tamil Nadu government yesterday, hours after the 1980 batch IPS officer took charge of her CBI assignment. She is the first woman to be appointed in that senior post in the country’s premier investigation agency. 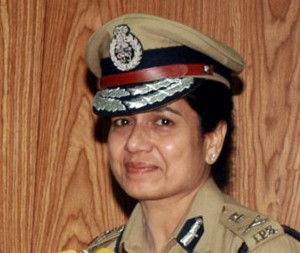 The Tamil Nadu Police reportedly suspended her because she had allegedly not taken the state government’s consent before taking up her new assignment.Ms Ramasundaram has reportedly been directed by the state police to report back in Chennai. She was the chairperson of the Tamil Nadu Uniformed Services Recruitment Board before being deputed to the CBI.Her appointment in February was controversial.
While CBI Director Ranjit Sinha had reportedly pushed for her appointment, the Central Vigilance Commission (CVC), the country’s apex anti-corruption watchdog, had recommended the name of R K Pachnanda, a 1982-batch officer of the West Bengal cadre. The Appointments Committee of Cabinet, or the ACC, finally cleared Ms Ramachandran’s name.This would be her second stint in the CBI. She had earlier served the agency as a deputy inspector general, before being promoted to the rank of joint-director, the first woman to do so.