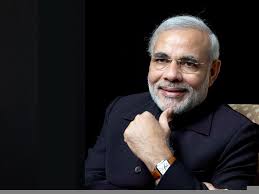 NEW DELHI: Narendra Modi is in a defiant mood. The prime minister-designate has been resisting pressure groups from the BJP, its allies, the Sangh Parivar and the corporate world on Cabinet formation.
It is a problem of plenty for Modi, who has 393 NDA members from both Houses to choose from. The saffron party also has many new, young faces in its Parliamentary ranks. Modi has to keep in mind the importance of acknowledging caste and regional sentiments of the BJP’s allies as well. This has made the Gujarat Bhavan on Kautilya Marg the epicentre of the ‘powerquake’ that has affected the national capital since Modi’s victory.
For BJP leaders, nail biting is the only recourse. The picture is slightly clearer for the allies as Modi’s inclusive policy is likely to ensure them berths. According to sources, Modi told a delegation from Karnataka to work towards strengthening the party in the state instead of looking for Central portfolios.
Last week, former chief minister B S Yeddyurappa announced that he would work for the state unit of the party. “Modi may spring a surprise by including fresh faces in the Cabinet, instead of the names being speculated in the media,” a party leader said.
Meanwhile, a tense atmosphere prevails in all major business houses. The bookies are tearing their hair out, unable to gather any information on the Cabinet structure as all access to Gujarat Bhavan has been cut off. Sources said many industrialists and their political cronies are camped in the city’s five-star hotels, which are doing brisk business thanks to the mystery surrounding the Cabinet formation.
Many senior captains of industry, who had found it easy to walk into the Race Course Road complex after previous poll results, have failed to get a tête-a-tête with Modi. Their calls are neither being taken, nor returned.
With just a day left for the oath-taking ceremony, Modi and BJP chief Rajnath Singh have been meeting allies for last minute consultations. Telugu Desam Party (TDP) chief Chandrababu Naidu, the next Andhra Chief Minister, arrived in Delhi on Saturday and is scheduled to meet Modi on Sunday.
Leaders of regional parties like the Shiv Sena, Akali Dal and Marumalarchi Dravida Munnetra Kazhagam (MDMK) have already met the BJP’s core committee.
Pattali Makkal Katchi (PMK) leader Anbumani Ramadoss, the lone BJP ally to win from  Tamil Nadu, is scheduled to arrive in Delhi on Sunday to make his case.Gujarat Bhavan and Rajnath Singh’s residence at 38, Ashoka Road, may have been receiving the most visitors, but  Keshavkunj, the RSS office in Delhi, is not far behind.Many regional leaders have been frequenting the Sangh office.BJP sources said since the RSS had mobilised all its resources to ensure Modi’s win, it would like to have a say in the government and give it a Hindu ideological push.