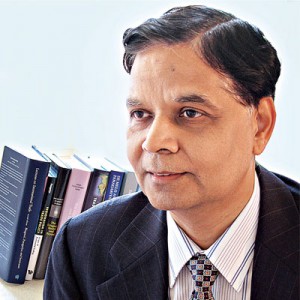 NEW DELHI: Government has decided to give Cabinet minister’s rank to the Vice-Chairman of NITI Aayog, Arvind Panagariya “Arvind Panagariya has been given Cabinet minister rank by the government and the other two members would be given the rank of minister of state,” a source said.
The post of Niti Aayog Vice-chairman has Cabinet minister rank as per warrant of precedence. However, the pay and allowances of the Vice-Chairman has been fixed at the Cabinet Secretary’s level.
The other two members, Bibek Debroy and V K Saraswat, have the status of minister of state but they are getting salary of a secretary of central government.
The source said that Panagariya will also be invited for Cabinet meetings and a separate order will be issued for that.NITI Aayog was set up on January 1 by a Cabinet resolution to replace the erstwhile Planning Commission.
The new order of the government will override the resolution for elevating the status and salary of Vice-Chairman and members of Aayog.