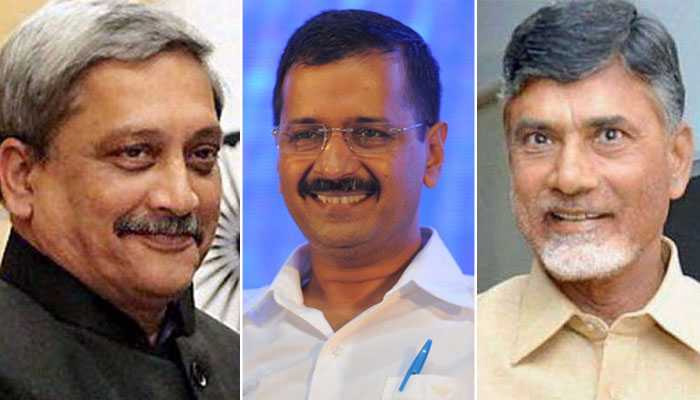 NEW DELHI/ PANAJI/NANDYAL:  :The Bawana by-election was seen as a crucial test of Chief Minister Arvind Kejriwal and his AAP’s popularity in the only state the party rules, after several setbacks since it swept the Delhi assembly elections in 2015.
The Aam Aadmi Party (AAP) on Monday retained the by-election to the Bawana Assembly constituency by a margin of over 24,000 votes. It won the seat in 2015. According to the office of the Chief Electoral Officer of Delhi, with 59,886 votes, AAP candidate Ram Chander came first, followed by BJP candidate Ved Prakash (35,834 votes), and Congress candidate Surender Kumar (31,919 votes).

The ruling party was keen to register its first victory in a bypoll as it lost the previous by election in Rajouri Garden to the Bharatiya Janata Party (BJP). The party subsequently also lost the Delhi MCD polls. The bypoll was necessitated after the resignation of Ved Prakash as the legislator in March.

Prakash had won from Bawana, a seat reserved for the SC category, in 2015 Assembly elections as an AAP candidate. The seat fell vacant in March when Mr. Prakash, who was the AAP MLA, quit and joined the BJP ahead of the municipal corporations’ elections in April. Mr. Chander had contested as the Bahujan Samaj Party’s candidate in the 2008 election. Mr. Kumar was the Bawana MLA for three terms till 2013.
This was the second by-election for the AAP after it won a historic 67 out of 70 seats in the 2015 Assembly polls. The by-election to the Rajouri Garden seat in April was won by the BJP, taking its total to four legislators. With the Bawana result, the AAP retains 66 seats in the Assembly.One of the largest constituencies in Delhi, with a total of 2.94 lakh registered voters, Bawana saw 45% turnout for the August 23 bypoll.
Meanwhile,  The ruling BJP won the by- elections to two assembly seats in Goa, with Chief Minister Manohar Parrikar emerging victorious from Panaji and Health Minister Vishwajit Rane from Valpoi. Parrikar won from Panaji with a margin of 4,803 votes.
Parrikar garnered 9,062 votes beating his nearest rival Congress’ Girish Chodankar, who polled 5059. Anand Shirodkar of the Goa Suraksha Manch came a distant third with 220 votes. BJP candidate Rane comfortably won the Valpoi constituency by winning 16188 votes. He defeated Congress candidate Roy R Naik, who polled 6101 votes.
While,N Chandrababu Naidu-headed Telugu Desam Party defeated its arch rival YSR Congress in Nandyal Assembly constituency of Andhra Pradesh. TDP candidate Brahmananda Reddy, who won the Nandhyal constituency, polled 97,076 votes beating his nearest rival YSR Congress party nominee Silpa Mohan Reddy, who netted 69,610 votes. Nandyal had recorded 80 percent polling. The bypoll was necessitated after the death of Bhuma Nagi Reddy, who had quit the YSR Congress party to join the TDP in 2016. ( With Agency inputs)