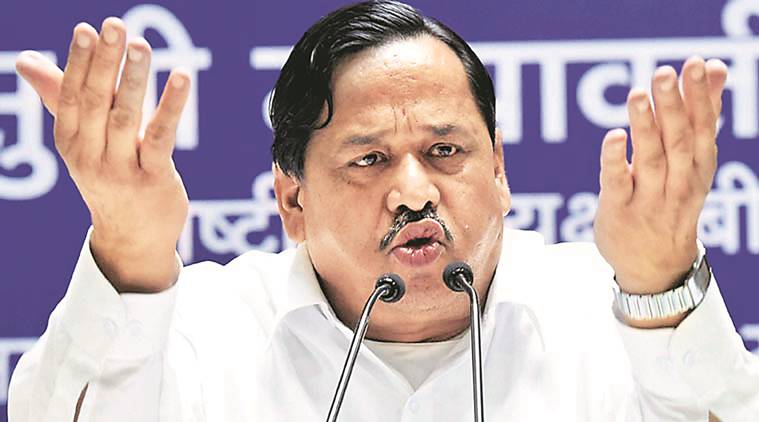 LUCKNOW : Bahujan Samaj Party’s No 2 leader Naseemuddin Siddiqui has threatened to expose BSP chief Mayawati, after she expelled him along with his son Afzal Siddiqui from the party for a period of six years on Wednesday. Siddiqui, one of the most trusted lieutenants of the BSP president and also the Muslim face of the party, has been charged with indiscipline.
Following the expulsion, Siddiqui said he was hurt by the ‘totally false and baseless allegations’ against him, and has ‘evidence’. He also claimed he would make some major revelations on Thursday. The report said that Siddiqui alleged that after the party’s defeat in the UP elections, Mayawati, “said disrespectful things about upper castes and backwards and made derogatory remarks against Muslims.”

Within hours of Siddiqui’s expulsion on Wednesday, a number of BSP leaders also put in their papers. They include former MLA and party state secretary Irshad Khan, Dr Kitbatullah (Basti), former MLC Pradeep Singh and several district level leaders.Mayawati later convened a meeting of around 250 senior leaders of the party and explained the prevailing situation to them.
Siddiqui issued a press statement saying he was not in Lucknow and would soon hold a press conference to expose the truth. “I have given 35 years to the party and this is what I get in return,” he said in the statement.”Mayawati, her brother Anand Kumar and Mishra put inhuman demands before me. I was put under tremendous pressure to meet those demands. I was harassed mentally several times and tortured,” he claimed.
Announcing his expulsion, BSP general secretary Satish Chandra Misra said that Siddiqui had made considerable ‘benami’ property in western UP, which included slaughter houses.Misra added that Siddiqui had cut deals with a lot of rich individuals privately, and had sought favours from them, promising to return them as soon as the BSP formed government in UP.

“He was also found guilty of forcibly taking money from party workers and had allegedly taken money while giving tickets to undeserving people which led to the party’s losses in the Assembly elections,” Misra said at a press conference here on Wednesday.“The party had earlier given him the charge of Madhya Pradesh but he did not take any interest in his assignment, which amounts to indiscipline,” he stated.Misra said when the party chief called Siddiqui to seek his clarification, he did not take her calls.

Sources in the BSP said that the expulsion could be Ms Mayawati’s attempt to distance herself and her party from Mr Siddiqui, who faces several corruption cases that are likely to be pursued with vigour by the new BJP government of Chief Minister Yogi Adityanath.

Announcing on Wednesday that Mr Siddiqui and his son Afzal were being expelled, senior BSP leader Satish Chandra Mishra alleged that they had amassed a large number of benami or undeclared properties, ran illegal slaughter houses and took money from people promising favours once the BSP returned to power in UP.
When the party failed to win people demanded that their money be returned, Mr Mishra said and “Siddiqui tried to dispose of his benami properties, but told everyone that he was doing so because the party is demanding money from him.”  Mr Siddiqui has said he is deeply hurt by what he called the BSP’s “totally false and baseless” allegations. He has evidence and would make revelations today, he said.

In what can seriously hurt Ms Mayawati’s connect with her voters, Mr Siddiqui has alleged that after the party’s March defeat she, “said disrespectful things about upper castes and backwards and made derogatory remarks against Muslims.” Ms Mayawati had won the 2007 UP elections, her last big win, by creating a rainbow coalition of Dalits-Upper castes, Muslims and even backward caste voters.

Her strategy for this year’s UP elections banked heavily on Muslim support. She fielded almost 100 Muslim candidates and, BSP sources said, believes Mr Siddiqui used his proximity to her to “sell party tickets” to the highest bidders instead of picking candidates who could win seats.

Naseemuddin Siddiqui, one of the most prominent faces of the BSP for years and a former top UP minister, was second only to Ms Mayawati as a star campaigner of the party in this year’s UP election. Only Mr Siddiqui and Mr Mishra were allowed to use helicopters to campaign by Ms Mayawati. His mandate was to consolidate a Dalit-Muslim vote strategy for the party and he ensured that several Muslim clerics, including the Shahi Imam of Delhi’s Jama Masjid made vote appeals for the BSP.

After her party failed to win a single parliament seat in the 2014 national election, Ms Mayawati had also handed Mr Siddiqui charge of western UP, a region where the BSP has traditionally done well. Mr Siddiqui’s son Afzal was given the crucial charge of the BSP’s Muslim outreach campaign in the region. The Siddiquis failed to deliver; the BSP ended up fourth winning only 19 or UP’s 403 seats.

“Mayawati, her brother Anand Kumar and Mishra put inhuman demands before me. I was put under tremendous pressure to meet those demands. I was harassed mentally several times and tortured,” Mr Siddiqui said on Wednesday, echoing other top leaders who have left the BSP, like Swami Prasad Maurya, Brajesh Pathak and Babu Singh Kushwaha.
Mr Siddiqui is in more trouble than just being thrown out of his party. UP’s vigilance department is investigating assets acquired by him and properties in his wife’s name. Another investigation is being conducted into charges of corruption against him in the construction of huge monuments of Dalit icons like Dr Bhimrao Ambedkar and Mayawati.