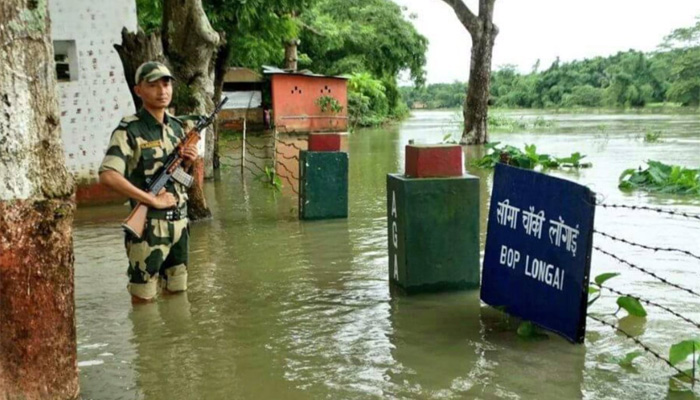 NEW DELHI : Persistence and will power define them the best! Yes, it is because of those unsung heroes at the border who are risking their lives every moment fighting for the country.

One such instance has been put up by Major Surendra Poonia who tweeted a photograph of an Indian BSF jawan who hardly cared about the extremities of the weather. He has been seen standing in a pool of water, holding a rifle in his hand.

This is certainly not the first time we are witnessing such a bravery of the Indian Armed Force. So far, there have been several alike incidents which had done their rounds on social media.

In spite of the unforeseen deaths of Indian soldiers in the history, our jawans never step back from dying for their motherland and become a martyr.