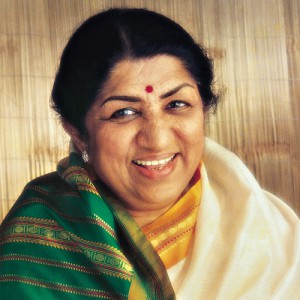 MUMBAI: Known as the nightingale of India – Lata Mangeskar – is an inspiration to millions across the globe. The melody queen who has been the voice of a number of beautiful actresses on screen, turned 86 today.
Born to theatre actor and singer Pandit Deenanath Mangeshkar in Indore, Lata started her career as a playback singer in 1942 and ever since she has been associated with hundereds of timeless classics.

She is the eldest sister of an equally accomplished playback singer Asha Bhosle. Her other siblings-Hridayanath Mangeshkar, Usha Mangeshkar and Meena Mangeshkar are also into singing.

In a career spanning over six decades, Lata has crooned for over 1000 films in as many as 36 languages. From Madhubala to Meena Kumari, Nutan to Tanuja, Vyjantimala to Asha Parekh, Hema Malini to Rekha, Sridevi to Madhuri Dixit, Karishma Kapoor to Kareena Kapoor, Lata has lent her mesmerising voice for all these screen divas.
Lata proved her versatility by singing songs that belong to different spectrums of emotions. Her cabaret number – Aa Jaane Jaan – picturised on Helen proved that Lata could pull of a western styled number with equal grace and elan. Her romantic, melancholic, jubilant tracks are simply magical.
Lata has been bestowed with Padma Bhushan (1969), Padma Vibhushan (1999), Dada Saheb Phalke Award (1989), Bharat Ratna (2001) apart from three National Awards and couple of Bollywood awards.