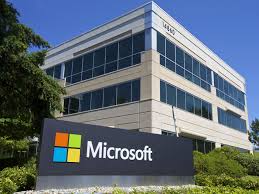 NEW DELHI: A 21-year-old welder’s son from Khagaria in Bihar has bagged Rs  1.02 crore per annum job with Microsoft . Vatsalysa Singh Chauhan , a final year student of IIT Kharagpur , will be joining the IT giant in October this year.
Vatsalysa was selected for the job following a campus placement drive in December last year. He has started preparations for the engineering in 2009 at Kota in Rajashtan before quitting the coaching in midway and return to Khagariya.
According to Vatsalysa, it was his mentor Vishal Joshi, who encouraged him to continue preparations and keep preparing for engineering.
Following a half-hearted attempt in 2011, where he managed to clear the exam but could not get good rankings, Vatsalysa started preparing for the exam seriously. In his second attempt next year, Vatsalysa scored 382 rank at all India level. He joined the computer science course at IIT-Kharagpur.
Elated over his son’s success, Vatsalysa’s father Chandra Kant Singh Chauhan, who runs a welding shop in Khagariya said, “I am happy. My hard work of last twenty years has now given result. My son has got a good job. I want him to work for the country and make us proud.”
Inspired by their elder brother’s success, Vatsalysa’s younger brother and sister are preparing for engineering and medical respectively.