PATNA: Queues began to form at polling stations across Bihar’s seven parliamentary constituencies that went to vote Thursday.An official of the state electoral department said around 15 percent electorate cast ballot during the morning hours.“So far, polls are peaceful with no report of violence,” he said.
Over 11 million voters, including more than five million women, get to choose from among a total of 117 candidates who are in the fray in the second phase of polling in the state. 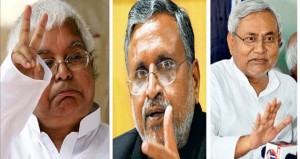