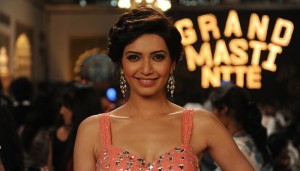 MUMBAI: If there was ever a trophy in ‘Bigg Boss’ house for awarding the `dumbest` of all, inmate Karishma Tanna would win it hands down.Until now, the actress has shown her loud, bossy and glamorous side inside the house.
Quick to shed tears at the drop of a hat, and not to forget her constant cribbing for ‘make-up’.
But she got the audience in splits after revealing her little or no less side of general knowledge. In last week’s episode of `BB8`, host Salman Khan had thrown a volley of questions, testing the general knowledge of the housemates.
There’s no prize for guessing that the glam dolls of the house- Karishma, Diandra and Sonali failed miserably.
The most hilarious of all was the answer where Karishma was prompt to claim Narendra Modi as the President of India.When our Prime Minister is being recognized by the entire world now, Tanna back home doesn’t even know that he is the PM of India and not the President.
Well, at least now we have someone who has overshadowed dear Alia Bhatt. Remember the blunder that Alia made when she was asked about the PM of India on the sets of `Koffee With Karan? But at least she rectified her mistake later.
Miss long heels, who is just obsessed with her make-up kit, thinks five multiplied by five multiplied by zero multiplied by 5 is 25.
Soon after, the Twitter land was abuzz with jokes on Karishma Tanna: