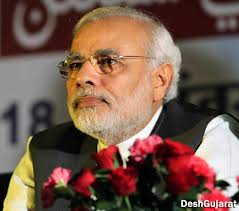 NEW DELHI : Narendra Modi , who will be sworn in as India’s new prime minister on Monday, has played his cards close, but there is intense speculation about who will join his cabinet.
The BJP is holding a series of meetings to finalise the list. The names of Arun Jaitley, Arun Shourie and Subramanian Swamy are doing the rounds for the Finance Ministry, which has the task of preparing a roadmap to revive the economy. Mr Jaitley is also being seen as a front-runner for the External Affairs portfolio.
BJP president Rajnath Singh could move to the government to head the crucial Home Ministry. Sources say JP Nadda, who met Mr Modi along with the latter’s top aide Amit Shah today morning, may replace him in the party.
Sources say Sushma Swaraj could be considered for the Defence or Human Resource Development portfolios.
Ms Swaraj, the Leader of Opposition in the outgoing Lok Sabha, is reportedly keen on heading one of the four top ministries – Home, Finance, Defence or External Affairs. These ministers, with the PM, form what is called the Cabinet Committee on Security or CCS.
Venkaiah Naidu is likely to be considered for the Railway Ministry and Nitin Gadkari may be considered for the Urban Development ministry.Sources say the party’s Muslim faces, Shahnawaz Husain and Mukhtar A
The party is believed to be discussing a distinguished post for its patriarch LK Advani, who has shared a strained relationship with Mr Modi in the past. Sources say Mr Advani may either get his wish to become Lok Sabha Speaker or could be made the convenor of the BJP-led National Democratic Alliance.
The BJP won a massive mandate in the national election, winning 282 seats on its own – a clear majority – and 336 seats with its 29 allies. Sources say the BJP is also considering berths for its allies. The Shiv Sena, Chandrababu Naidu’s Telugu Desam Party and Ram Vilas Paswan’s Lok Janshakti Party are expecting ministries, based on their good performance in the polls.
The Akali Dal, the BJP’s Punjab ally, has said it won’t join the central government.