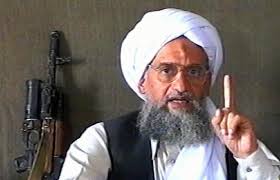 KOLKATA/ DHAKA: As Al-Qaida leadership threatens to go into `a big terrorist investment’ in India, liberal politicians in Bangladeshi fear a spurt of fundamentalist activities and attempt smudge the democracy.“In case, the threat becomes a reality, then democracy in Bangladesh will come under a major threat with Jammat has not been fully controlled yet and getting a tacit backing from US and Saudi Arabia,’’ said an insider of liberal Islamist party in Bangladesh.
An Awami League leader said: “We fear an intensified attempt to destabilise democracy in Pakistan, will end up with another simultaneous attempt to strengthen the hands of religious fundamentalists in our land.’’Though State Intelligence officials and South Bengal BSF headquarters preferred to remain silent, but top officials felt “both the nations need a close security coordination as far as exchange of information is concerned, as we all know Jammat has for long been using India-Bangladesh border to organize infiltrations.’’
Incidentally, party insiders believe even Nepal  (in past was used as ISI-base), and Al-Qaida might try to revive an old base and “eventually put pressure on Dhaka.’’
Interestingly, Awami League also believes, “of course, lot will depend on how strongly India  protects its territories as it is not ill-equipped in terms of security nor technologically which can also provide a sense of security among its small neighbours.’’     “However, what liberals in Bangladesh fear that with Jammat already with a political platform in Bangladesh Nationalist Party, it needs both civil and security vigil on any suspicious elements,’’ a political observer in India said.
And however, played down, Bangladesh which travelled through political ups and downs for decades, “is not prepared to dismiss Qaida threat as without substance.’’