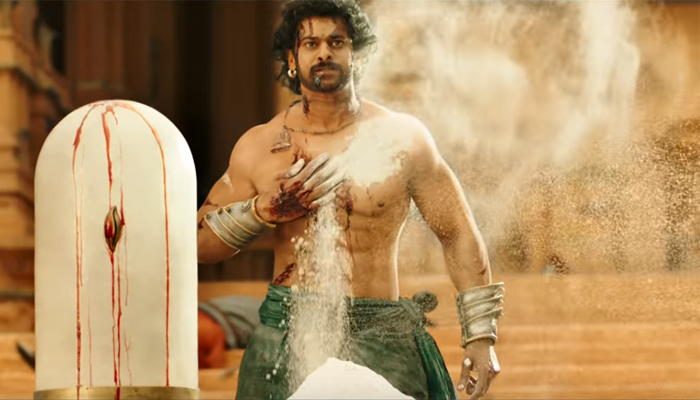 MUMBAI: ‘Baahubali 2: The Conclusion’ is turning out to be a massive storm at the Box Office. From ticket windows to advance booking, arranging seats for the SS Rajamouli directorial doesn’t seem to be an easy task for the cinema lovers. With this, moviegoers are now contemplating Prabhas to be the next superstar. The 37-year-old has now reportedly left behind giants like Aamir Khan and Salman Khan with the magnum opus.
According to an India.com report, ‘Baahubali 2’ is witnessing humongous theatre occupancy on its opening day. It is being said that the movie has 95 percent occupancy throughout India. The report further states that it is the highest occupancy for 2016 and 2017.

Well, the flick released in over 9000 screens across the globe. It is now expected to emerge as biggest Indian film of all times. If the online buzz is to be believed, it wouldn’t be wrong to say that the flick has worked the audience into a frenzy. At most of the multiplexes, tickets till the weekend have been sold. Long queues are quite visible at single screens across the nation.

Such craze was rumouredly not there during the release of ‘Sultan’ or even ‘Dangal’. Trade analysts are pretty much sure that ‘Baahubali 2’ will change the way international audiences look at Indian cinema and it will also raise the standards for all the contemporary filmmakers.”Reports pouring in from across the country: #Baahubali2 is a GAME CHANGER… Sea of people outside theatres… House Full boards are back!” tweeted Hindi movie critic and business analyst Taran Adarsh.

According to a BoxOfficeIndia.com report, which compares the numbers from 96 cinemas, ‘Dangal’ and ‘Sultan’ only saw 17,471 and 23,816 admits respectively till noon, while ‘Baahubali 2’ is way ahead with 26,198 admits. And, here, we are only talking about the Hindi version of the film.
Baahubali 2: The Conclusion movie review – Prabhas’s magnum opus creates history that is unlikely to get repeated.
‘Baahubali’ also features Prabhas, Rana Daggubati, Anushka Shetty, Tamannaah Bhatia, Sathyaraj, Nasser and Ramya Krishnan in pivotal roles. The film, about the battle between two warring brothers for an ancient kingdom, will release in Telugu, Hindi, Tamil and Malayalam respectively.