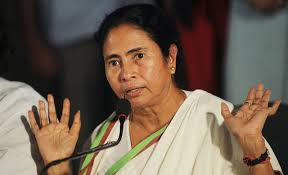 KOLKATA/DHAKA: What helps fundamentalist and pro-Pakistani Jammat in Bangladesh to spread up both in Bangladesh and Bengal with a “section of  Trinamool Congress connection’ ?
In a stunning revelation a liberal political parties in Bangladesh which feel threatened with other section of liberals and non-fundamentalist forces, said: “There’s nothing officially but ruling Awami League of late tacitly sending feelers to top Jammat leaders that if they severe their political ties with Bangladesh Nationalist Party (BNP), they will enjoy liberty.’’
Awami League leader Begum Hassina’s recently “handing over documents relating to Trinamool Congress’ connection with Jammat to Indian Prime Minister Narendra Modi in US recently did not reveal that her party unofficially also entering into a secret pact with a party which destroyed the democratic and secular fabric of the nation and involved in genocides,’’ agreed a prominent and veteran Dhaka-based journalist. 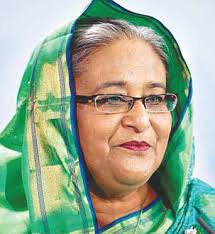 Incidentally, what exposed Awami League’s `gesture to Jammat’ has been recent Supreme Court “converting death sentence of  notorious anti-humanist Jammat leader Delwar Hossain Saydee to life-term,’’ feel a large section of Dhaka liberals, hastening to add, “it was clear indication of Awami League Government’s becoming softer and patronising an evil force like Jammat which will never change its colour nor its fundamentalist ideology.’’
“What was more now a fundamentalist like Delwar Hossain Saydee is lodged in a normal cell in Dhaka Central Jail where he’s telling his co-prisoners that he is a Sufi saint and has spiritual powers and has freely been allowed to
brainwash his jail friends, and Hassina Government is watching as it might signal a total political doom for BNP for breaking up its alliance with Jammat and in long-term for Bangladesh,’’ alleged a spokesperson of liberal party in Bangladesh.
Even a ideologically committed Awami Leaguers  also perceive a threat. Speaking to this reporter, they shared fears of the liberals, saying “unless Begun Hassina stop this political appeasement of Jammat which has no ideological link with us, she is risking a massive cleavage within her party. Personal ambition to sticking to power by evil means doesn’t pay in the long run, it will also endanger India’s interest.’’