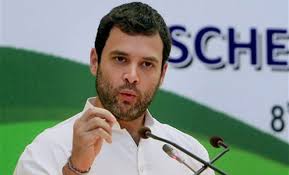 KOLKATA: Centre leaders of Congress almost unofficially deciding to abandon West Bengal campaign turf, has not only pushed State election scenario into drab scene but also sealed the fate of State Congress, already fighting an uneven poll battle.A senior Congress leader, who drew out Trinamool Congress’ (`could be true and could be untrue’) mistakes and `waning popularity with a social section’, found helpless with a more aggressive TMC, BJP and Left.
“It’s a big let down by our central leaders despite Rahul Gandhi’s short poll tour in our State,’’ he said.But its `sad consequences’ are unfolding in a larger scale everyday with even local media not giving adequate focus on State Congress and in order to escape boredom looking for more poll stories from outside the state
“We know more important leaders would finally visit West Bengal but time is an important factor, and we cannot deny it,’’ said another top State Congress leader.
On the other side, the CPI(M) which always trusted its organizational strength and tactics with no charismatic leaders to campaign for them, is not finding enough strength on 16th LS elections, further rendering West Bengal scene a little more prosaic. “We always clicked with our time-tested tactical unity and organizational strength,’’ said an eminent Left leader who found the scene more confusing after CPI(M) leaders like Buddhadeb Bhattacharjee has recently tilted in favour of Congress against party-line as spelt out in party manifesto.