KOLKATA:  As Trinamool Congress joins in quest for electoral luck in four LS seats in North Bengal tomorrow, the stakes really run high.Especially, in Darjeeling, where BJP has posted a candidate with the help of Gorkha Janmukti Morcha and TMC posted famous football star Baichung Bhutia. Yet there’s a but which way it would all swing in Darjeeling and three other seats. 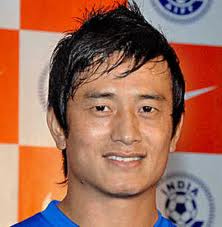 For the BJP leadership which might have extended a tacit political willingness for `a separate Gorkha Land state’ in Telengana-style, may give an edge to BJP and eat up votes both for the TMC and Left Front big brother CPI(M).Though even today BJP president Rajnath Singh told media men that if `NDA comes to power, the government will seriously consider Bengal’s CPI(M) destroyed state economy,’ it may not reflect in a swing in all four North Bengal LS constituencies favouring TMC, feel political observers here.
“As since 2009, North Bengal has never been a stronghold of TMC and considering the stakes, it’s really high for Mamata Banerjee despite her getting support of the GNLF and Adivasi Vikas Parishad in Siliguri, Dooars and tea belt,’’ said a Left-leaning commentator.In case, Mamata Banerjee’s line up that “I will not allow second division of Bengal,’’ clicks with North Bengal Gorkhas and Adivasis (it’s difficult to predict the outcome though at this time),  high-stakes for TMC leader may become a bit milder but it may not melt away.